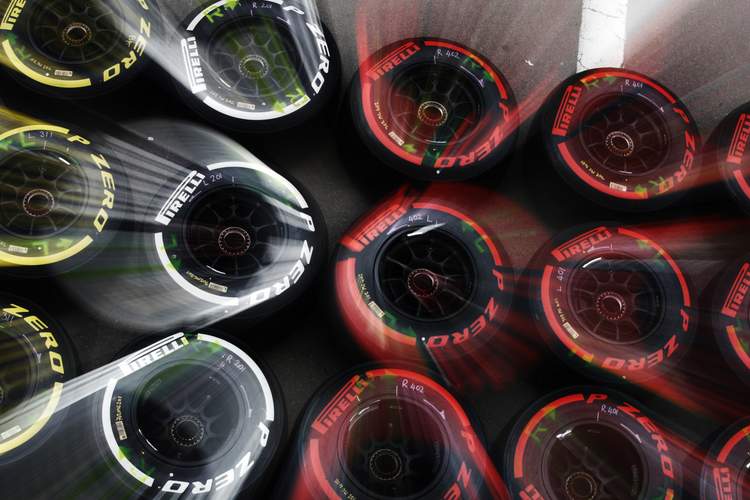 The FIA have announced the tyre choices for the Brazilian Grand Prix where drivers will have the use of Pirelli supersofts (red), softs (yellow) and mediums (white) for the weekend at Interlagos.

The drivers of the top three teams – Mercedes, Ferrari and Red Bull who have done all the winning so far this year – have opted for similar allocations.

Mercedes pair Lewis Hamilton and Valtteri Bottas as well as Red Bull’s Daniel Ricciardo have chosen eight sets of supersofts, four sets of softs and a set of mediums for the three days.

Slightly more aggressive in their choices are both Ferrari drivers and Red Bull’s Max Verstappen who will have nine sets of supersofts, three sets of softs and a set of mediums at their disposal. 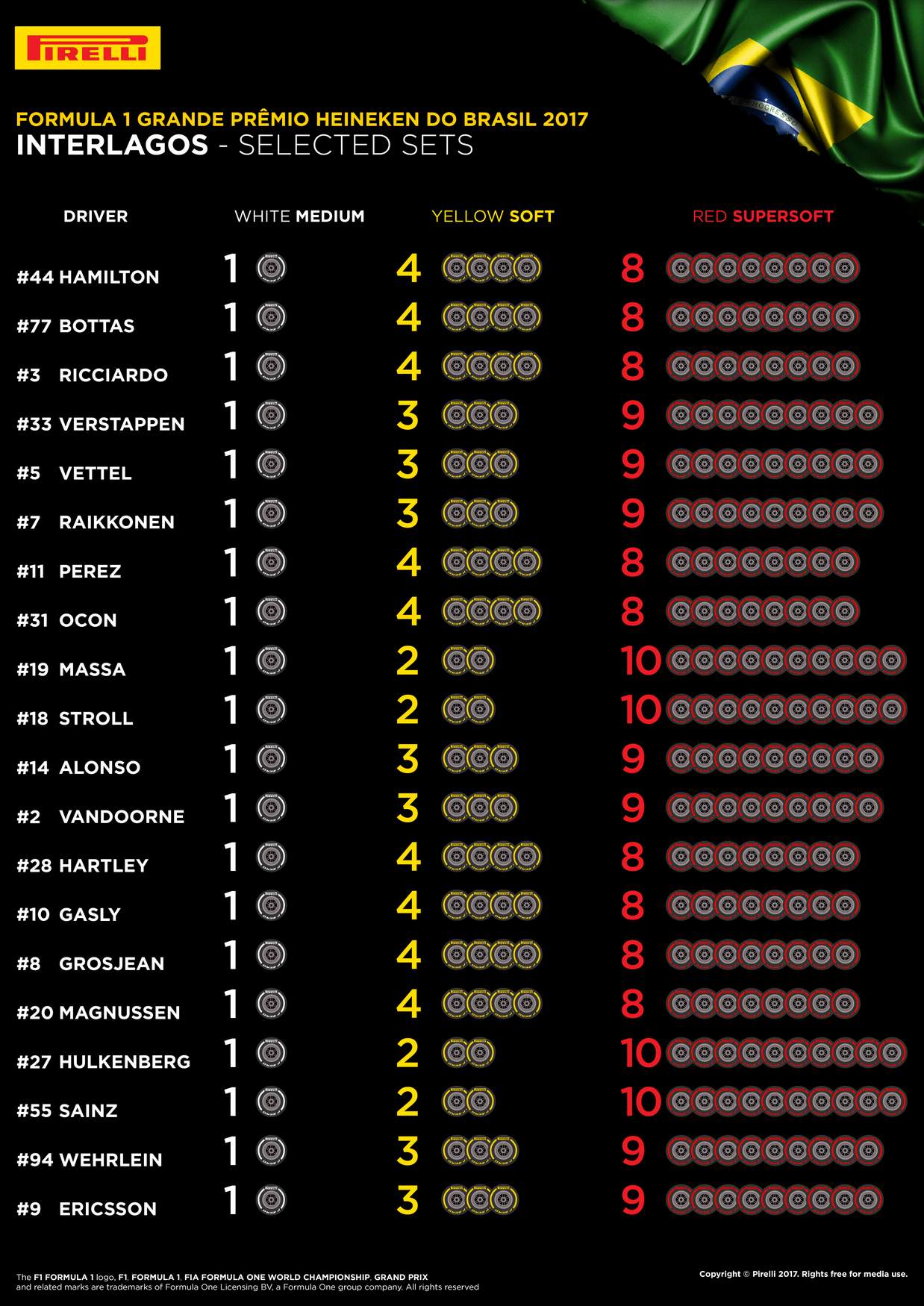