Verstappen: The decision was wrong but my words were not correct 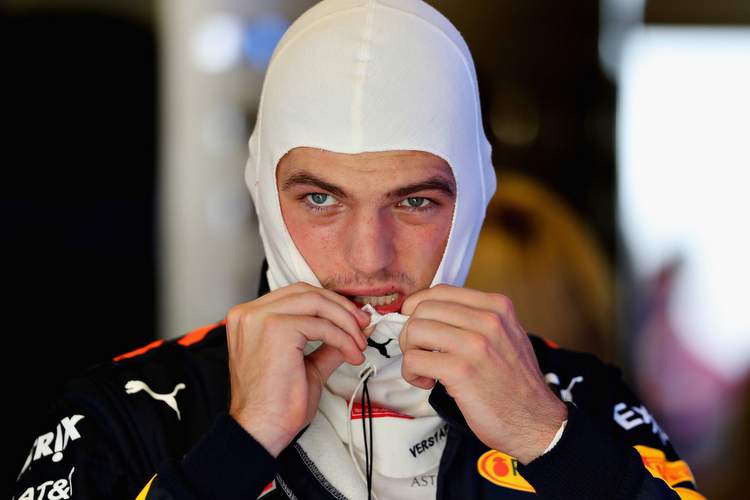 Max Verstappen remains adamant the penalty he received at the end of the United States Grand Prix, which cost him third place, was incorrect but admits that his reaction in the heat of the moment afterwards was out of line.

The Red Bull driver received a five seconds penalty after he overtook the Ferrari of Kimi Raikkonen on the last lap of the race in Austin.

Evidence shows that the Dutchman went beyond the track limits as he kerb hopped into third place. Stewards on the day deemed he had gained an advantage with the move and should have given the position back to Raikkonen. When he did not they handed out the penalty.

Verstappen was incensed by the decision and during a post race rant accused “one idiot” steward of gunning for him, citing inconsistency by the officials as several other drivers had also exceeded track limits during the race, but without sanction.

Since then the move and his reaction has launched heated debate among F1 fans and grabbed the bulk of the column inches in the wake of the in Texas.

Four days later, peaking to media ahead of the Mexican Grand Prix, Verstappen said, “After a race, emotions always run high, especially when you have been taken off the podium. The punishment wasn’t correct because everyone was running off the track. And the fans loved it.

“I think it was quite normal that l got angry. I could have used different words but l still think the decision wasn’t correct. I was angry. But the words were not correct.”

“If l was really gaining an advantage, l would have done it on every single lap,” Verstappen added. “I don’t think l gained an advantage.”

“First I was trying to avoid an accident and then to overtake him. He tried to close the door so you have to avoid it,” added Verstappen.