Prost: We are lucky to get Carlos 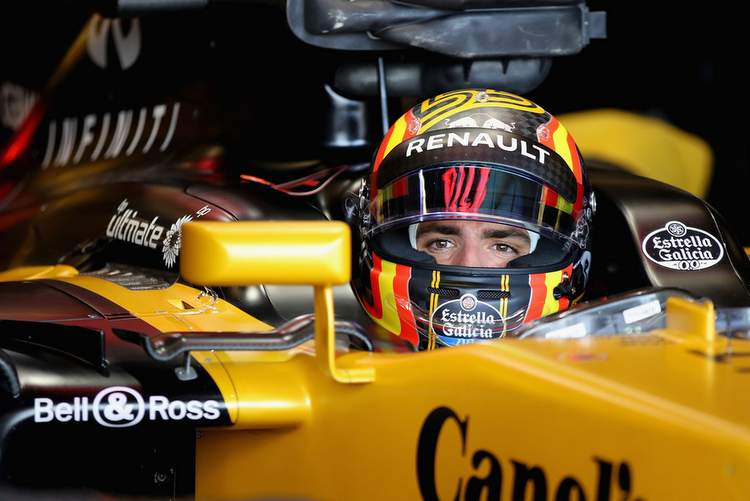 By all accounts Renault tried to secure the services of Carlos Sainz from Toro Rosso as early as the Belgian Grand Prix, but behind-the-scenes negotiations failed at the time but now the Spaniard is in the French team for the final four races of the season.

Formula 1 legend and the team’s advisor Alain Prost is very happy and said in an interview, “We are lucky to get Carlos, because we wanted him, but we don’t have him for the long term, so we have to be careful.”

“For us, that’s not a problem. We are in a period where we are building, so the timing is okay. We want to establish a strong relationship with him.”

“It’s always a small risk that you take when you change a driver in the middle of the season, but in fact it was exactly what we wanted to have.”

“We had unfortunately a problem with Nico, and we had Carlos to get points. If you want to build something, you cannot have a big hole somewhere.”

Sainz replaced under-performing Jolyon Palmer staring at the United States Grand Prix and the Spaniard was on it from the get go in a car he had never driven until FP1 in Austin.

He was quicker than teammate Nico Hulkenberg in all sessions and finished seventh in the race on Sunday.

Prost added, “It’s not being rude with Jolyon, but we are constructors and we need to have everything not perfect, but better, and we know we have a lot to do still.”

“We are not going to develop [the car] very much, so we want to have the two drivers doing more or less what they have done. I hope we don’t have reliability problems, and get the two in the points in the last three races, if possible.”

“In this situation we don’t have all the keys, but the market is very open next year. There is no reason why we should change, but because we don’t have all in our hands, we have to wait a little bit,” concluded Prost.