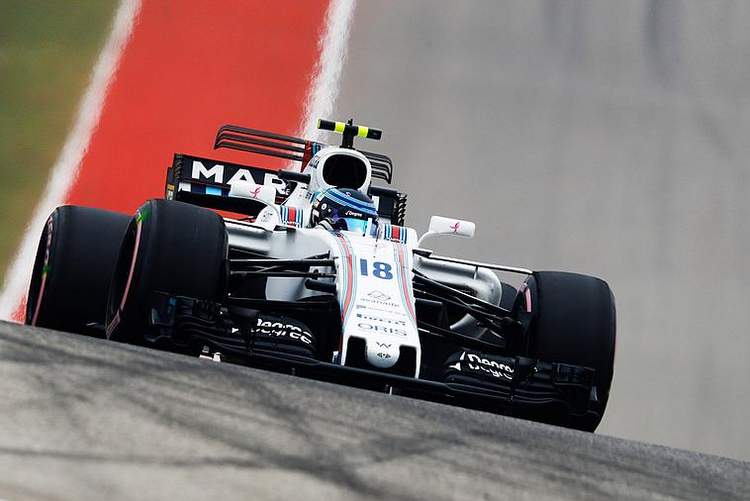 We embark on our fifth and final back-to-back race of the season as we visit Mexico City for Round 18 of the 2017 Formula One World Championship.

The Autodromo Hermanos Rodriguez is popular for many things, not least its fans and stadium section at turns 13 and 14.

Mexico provides fond memories for Williams with a one-two finish in 1987 (Mansell and Piquet) and a further race victory in 1991 (Patrese). Both Williams cars qualified and finished in the top 10 in 2015 and ’16, with Valtteri Bottas bringing home a third-place podium on his debut at the circuit.

For Mexico, Pirelli has made available the soft, supersoft and ultrasoft tyres.

Paddy Lowe: “This is our third year returning to Mexico after a long break since the 1990s. Our first thoughts are for everyone affected by the recent earthquake, and we hope that we can bring some brightness to the city after that tragedy. In actual fact, the Mexican fans are never lacking in enthusiasm, as this is arguably the most passionate crowd of the entire Formula One season. This makes it a real pleasure to race at this event for both teams and drivers. The circuit itself has some interesting challenges. Due to the altitude there is about 80% normal atmospheric pressure. The effect of this is that we run the most extreme downforce bodywork that we have available, but it only delivers the level of downforce that we would typically run at Monza, which is a very high-speed circuit. Therefore, the cars are very light on downforce which makes it particularly challenging for the drivers and we often see a lot of mistakes, leading to some interesting races. The particular highlight of the circuit is the stadium section and the podium in front of all the fans, so we look forward to putting on another great event.”

Felipe Massa: “First of all, it’s a shame to see what’s happened, it’s so sad to see the people losing their lives and also their homes from the earthquake so that’s really, really sad. I think we need to help them and get as much support for them. We need to pass the message to people around the world. That is the most important thing. Secondly, they are really in love with Formula One and they go crazy for the race. When you see the people in the grandstand and around the roads, they are proper Formula One fans and I think it’s fantastic to race there. I always enjoy it, I go with some friends, my father and we always enjoy the atmosphere there. It looks very similar to São Paolo so you also feel at home. I really hope we can have an important race for them in this difficult moment.”

Lance Stroll: “This will be the first time I have visited Mexico and all the stories I have heard about the country and the circuit mean I am really looking forward to it. I am particularly looking forward to the stadium section where all the fans are and get really excited. I know there will be a great atmosphere and I can’t wait to get out on the circuit to experience it for myself. Another aspect of Mexico I am looking forward to is the food, as I am a huge fan of Mexican food and I love my spices. It will also be a bit of a special weekend for me as on race day I shall be celebrating my 19th birthday.”