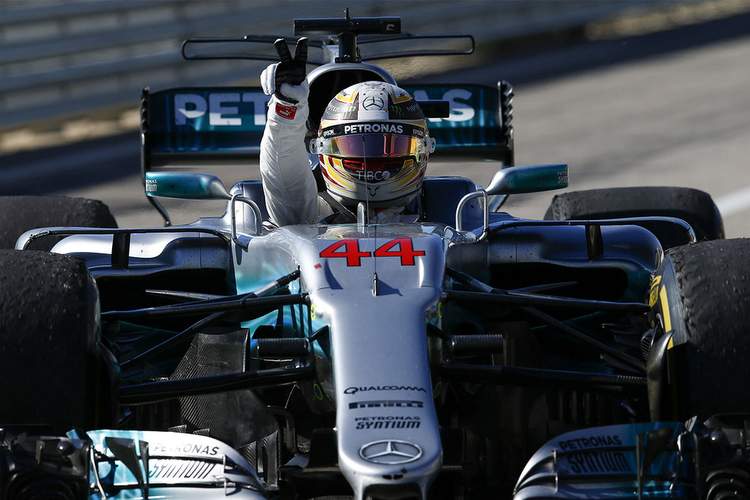 Mercedes driver Lewis Hamilton will have to wait another week for his fourth Formula 1 world championship but he has smoked a victory cigar already and he says it was disgusting.

It was always going to be a long shot for the Mercedes driver to wrap up the title in Texas but on Sunday night, after winning the United States Grand Prix, at the Circuit of the Americas, for the fifth time in six years, he was only a fingertip away.

A visitor to Cuba earlier in the year, the 32-year-old puffed unconvincingly on a fat cigar as he spoke to reporters while the team celebrated a fourth successive constructors’ title.

“Tastes disgusting,” he grimaced. ”A guy came and gave me the cigars earlier. Every now and then some of the Cubans come along and give me some cigars. I took the box in there and handed them around to everyone. This is the first time for victory and I thought it was kind of neat.”

The tobacco may have proved bitter but everything else was looking sweet for the Briton as he considered the factors that had brought him to the brink of history.

A key one, he suggested, was his decision to give up meat and adopt a vegan diet around the time of last month’s Singapore Grand Prix.

“I feel the best I’ve ever felt, physically and mentally,” he said. “I think the best decision was moving to this team, second best decision is changing my diet.”

The retirement of former team mate Nico Rosberg, immediately after winning the 2016 title, and a kitchen conversation with team boss Toto Wolff last December has also transformed his demeanour.

“Going and seeing Toto at the end of last year was crucial,” he said. “Just put everything on the table and say what needed to be said. And then to build on creating a new stronger relationship which we have done.”

The arrival of Valtteri Bottas as Rosberg’s replacement tightened the team bonding and dispelled the frostiness that was evident before.

”Valtteri is an exceptional human being and you can see he gets it from his dad,“ said the Briton. ”His dad’s a lovely man, very polite, he comes over and says ‘hi’.

“Valtteri wants to win through merit, and hard work. There’s never a moment when he is hiding anything from me and in actual fact it’s an unusual dynamic where he will ask me something and I am actually just offering it.”

Could that have happened with Rosberg? Hamilton’s reply was blunt: “No”.