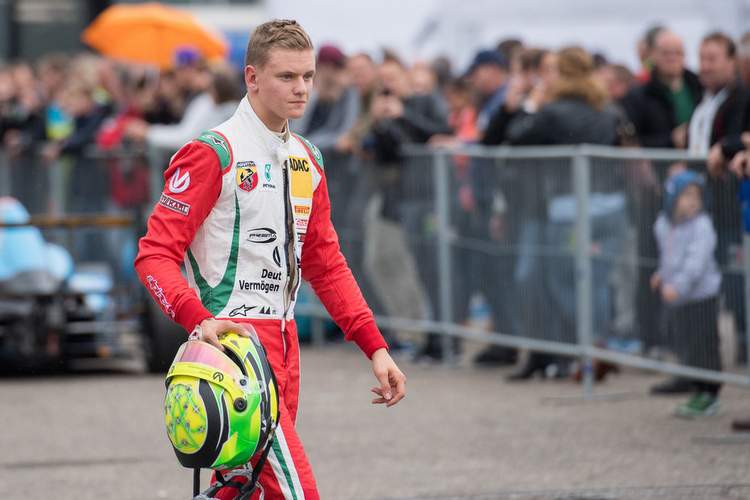 Michael Schumacher’s 18-year-old son Mick may not have stood out in his first season of Formula Three but his sights remain firmly set on Formula One.

“I am concentrating on myself and I do not look at the other drivers. Everyone progresses at their own pace, it’s not comparable,” he said after a question about young F1 drivers like Lance Stroll, 18, and Max Verstappen, who drove in his first Grand Prix at the age of 17.

“I take one step after another and try to prepare myself for my future,” Schumacher said. “When I feel I’m ready, I will take the next step, but first I have to prove myself.”

“I attacked my first F3 season with the aim to learn as much as possible,” he said. “This is what happened this year, and I’m really pleased. I try to improve myself in all areas.”

Seven-time world champion Michael Schumacher has not been seen in public since suffering serious head injuries in a skiing accident in 2013.

Big Question: Has Little Schumie got what got takes to make it to F1?