Boullier: In terms of racing we have nothing for Jenson 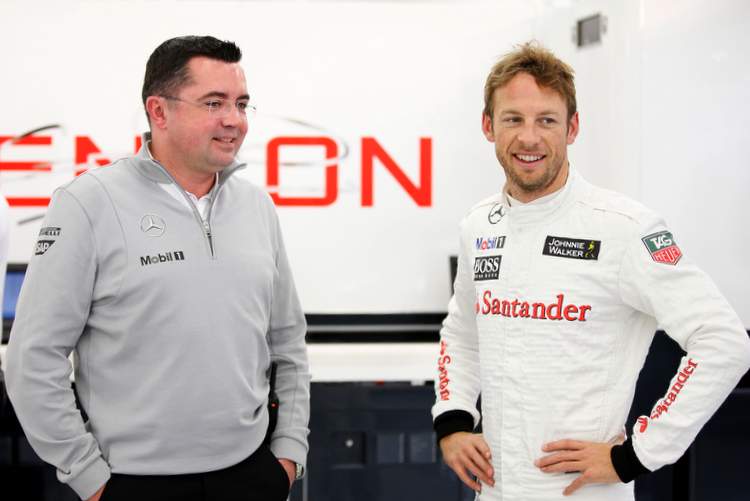 McLaren team chief Eric Boullier has all bit confirmed that Jenson Button will not be driving for the team in Formula 1 again, as the team seek to promote highly rated Lando Norris to the role of reserve.

Jenson Button made an appearance at the Japanese Grand Prix in his role as McLaren ambassador, during a sit down with journalists he conceded that he is done with Formula. 11.

But admitted that he was looking for alternatives, “Next year I will race something. I don’t know what yet whether it be in America, Europe or Japan. There are a few options but I want to do a full season.”

Just as well because Boullier made it blatantly clear when he told Sky Sport, “I think Jenson is looking for a full-time racing seat, and obviously we don’t have any.”

“But he is an ambassador and we would be happy to keep working with him in a role that suits both parties. But as far as racing is concerned we have nothing to offer to him.”

“If Jenson has no role here then of course we need a new driver. We have to prepare,” explained Boullier.

McLaren have been grooming Norris since they signed him as a junior driver in February 2017. Since then the 17 year old drove for the team during official in-season testing at Hungaroring where he impressed all, setting the second best lap time during the second day of testing.

Boullier said, “Lando could be one of them. If he wins Formula 3, which is very likely, then he will have enough points to get a superlicence.”

Norris is set to claim the European F3 Championship, all he needs is to score three points in the three remaining rounds to be held at Hockenheim on the weekend of 14-15 October.

In September, McLaren executive director Zak Brown made it clear that his team have Norris’ future mapped out, “Our current plan is to put him in Formula 2. I certainly think he’s fast enough to be in Formula 1 but we don’t want to rush things.”

“He’s definitely our star of the future and we won’t put him in another Formula 1 team at this point,” added Brown.

Button meanwhile admitted that he fell out of love with the sport at the highest level, “Do I miss F1? No. I miss racing but I’ve sort of fallen out of love a little bit with motorsport. I think that maybe I left it a year too long racing in Formula 1.”