Ricciardo: They need to give us more wet weather tyres 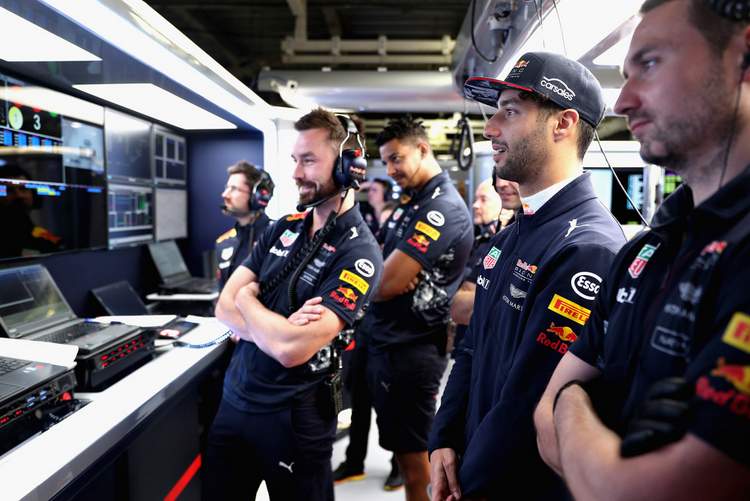 Only five cars did timed laps during the Japanese Grand Prix FP2 session, as rain fell heavily and constantly over Suzuka circuit prompting Red Bull driver Daniel Ricciardo to call for more Pirelli wet tyres to be allocated to teams next year.

The conditions were such that the Pirelli intermediate tyres were not up to the task and the use of the the blue band wet tyres would have been more appropriate.

Ricciardo suggests that drivers opted not to run in the soaking session to save the wet tyres for later on in the weekend when rain is also expected to fall. Thus denying themselves valuable track time on the blue band tyres that they may need to use during the course of the weekend, possibly even in the race.

Ricciardo told reporters after a largely washed out afternoon practice, “They give us an extra set of inters for Fridays but not extremes [wet tyres], so that is why we didn’t run because if we need to use the extreme we want to save it for when it counts in qualifying.”

Fans who braved the conditions were treated to very little track action as the majority of drivers decided to keep their powder dry and wet tyres under wraps for Saturday.

Ricciardo, who was one of those who did no timed lap, said, “It was good some guys ran, but to get all of us running they need to give us a set of extremes for Friday.”

“It seems like the rain is going to stay overnight – at least FP3 looks wet. Qualy at this stage is hard to say, but it looks like it will be wet. We need to save our cards for tomorrow. We have probably more to gain.”

Should the wet conditions prevail into qualifying and race day, Red Bull are likely to make the most of the opportunities that will present themselves.

“Ferrari and Mercedes, everyone expects them, and they always expect to be at the front. Where we can be there at times, so any kind of uncertainty or changing of conditions gives us a bit more gamble to take,” explained Ricciardo who finished third fastest in the morning’s FP1 session.