Magnussen: I have a lot of respect for my colleagues 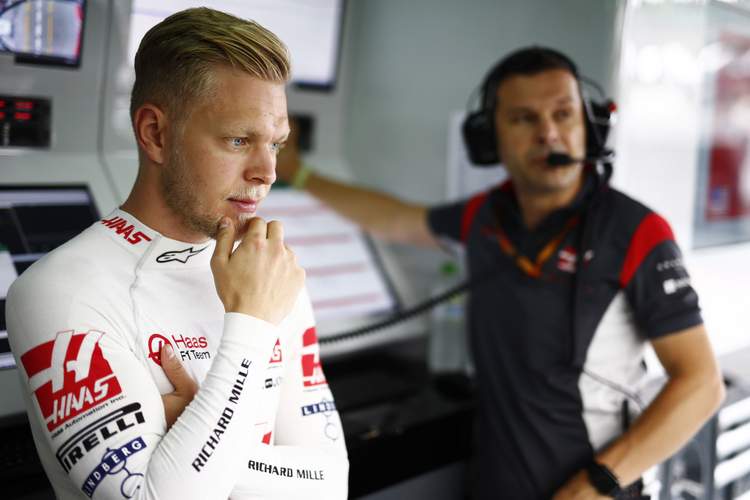 Kevin Magnussen’s image as the bad boy of Formula 1 does not concern him as he believes that fans want to see drivers race hard, while insisting that he respects his rivals on the grid.

At the Hungarian Grand Prix, Haas driver Magnussen used questionable tactics while racing with Nico Hulkenberg. The Renault driver took issue with the Dane and told him off during the post race interviews in the media pen to which he famously told the German to: Suck my b@lls.”

Most recently, at the Malaysian Grand Prix, he appeared deliberately to force Fernando Alonso’s McLaren off the track in Turn 1. The move angered the Spaniard who called him an “idiot” and agreed with Hulkenberg that Magnussen is one of the sport’s most unsporting drivers.

Speaking about his tactics to Sport Bild ahead of the Japanese Grand Prix, Magnussen said, “I do not want to see death or injuries, but I want the fans to think of us Formula 1 pilots as heroes. I’m a racing fan, I grew up with a Formula 1 father. He showed me early recordings of Formula 1 races, even accidents. They are all part of the sport.”

Last year Magnussen, driving for Renault at the time, crashed heavily at Eau Rouge during the Belgian Grand Prix, but was able to walk away unscathed, “I hit the wall at over 250 kph and yet nothing happened to me. That gave me a lot of confidence, also trust in the safety of the cars. I have a lot of respect for my colleagues. We risk our lives, that’s for sure, because we are chasing our dream. People must not think that driving on the highway is more dangerous than what we do.”

As for his under-fire tactics, Magnussen said, “We drivers can make the Formula 1 even cooler. On the track we still have too many rules. We need clear direction, but not rules that question every single move on track. The fact that you are not allowed to push anyone off the track on a straight is, of course, reasonable.”

“But there is still a lot of stuff that is complete nonsense. You should just let us fight our duels on the track,” added Magnussen suggesting that he has no plan to change his style.

Of Alonso’s reaction, Haas team chief Guenther Steiner said after the race at Sepang, “I think Alonso is used [to] everybody just letting him by because he’s a very charismatic, very good driver, very vocal, very tough guy.”

“Somebody will knock him off like everybody has been knocked off at some stage in life. I think it’s nothing more. They both pushed to the limit and that is what people want to see. They didn’t run into each other so it’s OK.”

As for Magnussen’s villain image, Steanier said, “To get any standing you need to go through rough patches. You cannot say: now I am here and everyone else has to move. You need to have the respect. If you always give in… That is what we are now, everyone just expects to drive past and you need to stand up as long as you are not a bully.”

“I think once all these drivers get better they fight their corner and their space and I think it’s quite natural to do that. At first you can get a bad reputation and then you can get a good one,” added Steiner.

Big Question: Are Kevin’s racing tactics too unsporting for Formula 1?