Mallya gets bail after arrest for alleged money-laundering 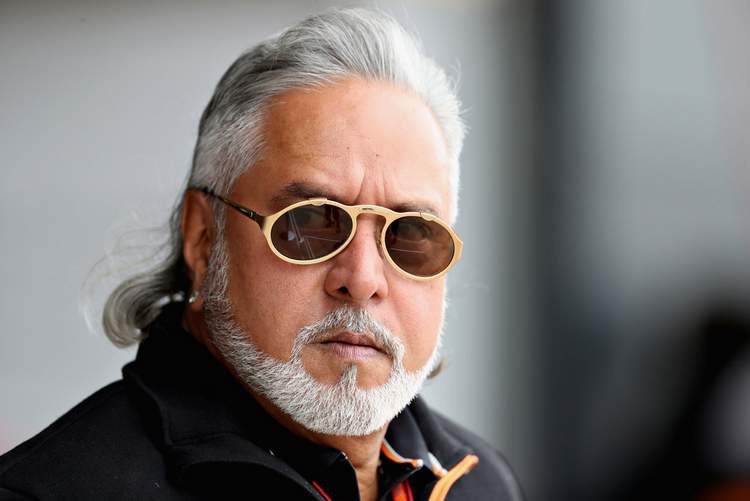 The Indian government has brought a new money-laundering charge against prominent Indian tycoon and Formula 1 team owner Vijay Mallya who is fighting extradition from Britain.

Britain’s Crown Prosecution Service said Mallya was re-arrested and appeared in court Tuesday and was released on bail. He is due back in court on 4 December for an extradition hearing expected to last eight days.

Mallya is wanted in India to answer money-laundering charges and bank demands that he repay more than 1 billion dollars in outstanding loans to his defunct airline.

Mallya left India in March 2016 owing more than $1 billion after defaulting on loan payments to state-owned banks and allegedly misusing the funds.

The flamboyant financier, who co-owns Formula One team Force India, was expected to appear in a London courtroom later on Tuesday to face additional charges.

Before his arrest on the day, Mallya was out on bail after being arrested by police in April following an extradition request from India in early February.

Mallya insisted he was innocent and denied fleeing the charges in his homeland, following the legal hearing in London in June.

“I deny all allegations that have been made and I will continue to deny them,” he said outside court. “I have not eluded any court. If it is my lawful duty to be here, I’m happy to be here. I’ve given enough evidence to prove my case.”

Known for his lavish lifestyle, Mallya made Kingfisher beer a global brand and ran a now-defunct airline with the same name.

His financial dealings are being investigated by the federal Central Bureau of Investigation and the Enforcement Directorate, a financial crimes agency.

Mallya was once known as the “King of Good Times” but dropped off India’s most wealthy list in 2014, engulfed by the massive debts of his grounded carrier Kingfisher Airlines.

He has been living in a sprawling $15 million (13 million euro) mansion in southeast England but has denied absconding.