Vettel: I don’t believe in luck 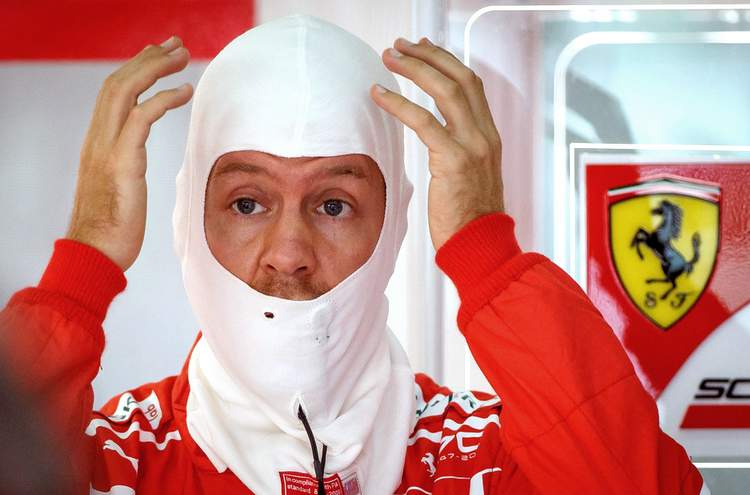 Sebastian Vettel is refusing to blame luck, or lack thereof, for the turbo problem that resulted in him failing to do a single flying lap in qualifying and as a result the Ferrari driver will start the Malaysian Grand Prix from the back of the grid while his title rival Lewis Hamilton starts the race from pole position.

Asked after qualifying at Sepang is luck had deserted him, Vettel replied, “I don’t believe in luck. Obviously there is a reason why this issue happened so we need to understand and make sure it doesn’t happen again. Fortunately the issue happened today so we have saved a lot of tyres and can chose our strategy – so it is not all bad.”

As for the problem, the four times F1 World Champion explained, “We had this issue in the morning so decided to change the engine. When I went out everything was looking fine and when I was doing my flying lap suddenly in Turn 5 very abrupt I lost power.”

“I was lucky to get back to the pits to let my engineers have a look but unfortunately we couldn’t fix the problem. On track I lost boost power – suddenly I had no pressure any more – but why that all happened right now we don’t know!”

At one point it seemed that the problem was resolved as Vettel was readying to leave the pits late in Q1, but it was not to be, “We put the right tyres on the car and knew that roughly two minutes before the session ends we had to go out again.”

“So we fired up and obviously tried to fix the issue by taking the engine cover off but couldn’t find anything so fired up again to see if it would work but the engineers checked the telemetry and say that the same issue was still there – that was the end of qualifying.”

“It is bitter – but that is motor racing. Yes it was a difficult day but our guys are phenomenal in fixing problems. Changing the engine within two hours between FP3 and qualifying was almost a miracle. We thought that we would be late for qualifying but we went out on time. So what happened is a shame. The car is quick and even though we will have a lot of laps to do tomorrow we should get back.”

“We do have a quick car this weekend so we definitely should be able to make up a lot of ground! As I just said we have more tyres than everybody else and we maybe can do something with strategy – and if the safety car comes out in a moment that suits you that could bring you back into the game.”

Asked how big a blow qualifying was for him and the Italian team, Vettel responded, “Actually we didn’t have a qualifying so I said to the guys: Don’t worry, the car is quick and we have a long race to recover. We have seen at the last race how fast things can change, so not too worried.”

As for the championship, in which he trails top spot by 28 points, Vettel insisted, “To be honest I don’t think too much into the future and or what it all could mean. It is cleverer to take it one step at a time. Sure if you could chose you would always prefer to start from pole position and not from the very back as pole could have been an option today. But now it is what it is!”

Big Question: Can Seb bounce back?