Kubica: My return to racing in Formula 1 is very slight 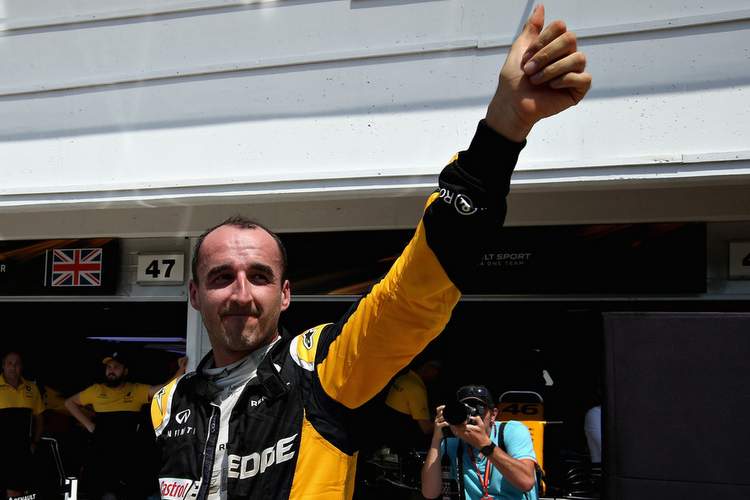 Robert Kubica admits that his chances of returning to the Formula 1 grid are very slim, despite being linked to Renault at one stage and right now a possible candidate for a driver with Williams.

Renault, who tested the driver earlier this year, have opted to replace under-performing Jonathan Palmer with Red Bull affiliated driver Carlos Sainz, which has proved to be a blow to the Pole’s Formula 1 aspirations.

Kubica told the FIA’s Auto magazine, “I am very realistic and I know that the possibility of my returning full-time to racing in Formula One is very slight. Every day, I discover my new limits, but I have always hoped that I’d at least get the chance to give it a go.

“I’ve done a lot of kilometres in the simulator and I’ve driven in other categories, but I knew that only driving a Formula One car would give me those special feelings again and that proved to be true.”

“Life had given me so much and then, in an instant, it took it all away. They say time is a healer but that wasn’t the case for me – in fact it made me suﬀer more.

“At first I thought I’d get full functionality back quite quickly, but that didn’t happen and the improvement I was hoping for didn’t come. It was tough, but I realised I had to accept it. Once I managed that, I was able to embark on a new chapter.”

“The accident turned my life upside down, but I’m aware that a few centimetres more and I wouldn’t be here talking about it. The biggest job I had to do was in my own head.

“There were some terrible times in which I no longer felt up to it. It was worse than a physical pain, but now I can finally feel at peace with myself, because I’m back to being who I was – a Formula One driver,” added Kubica who made 76 grand prix starts, winning the 2008 Canadian Grand Prix before his career was cut short so cruelly.

Big Question: Does Robert deserve another crack at Formula 1?