Gasly: I received a text saying I might be driving 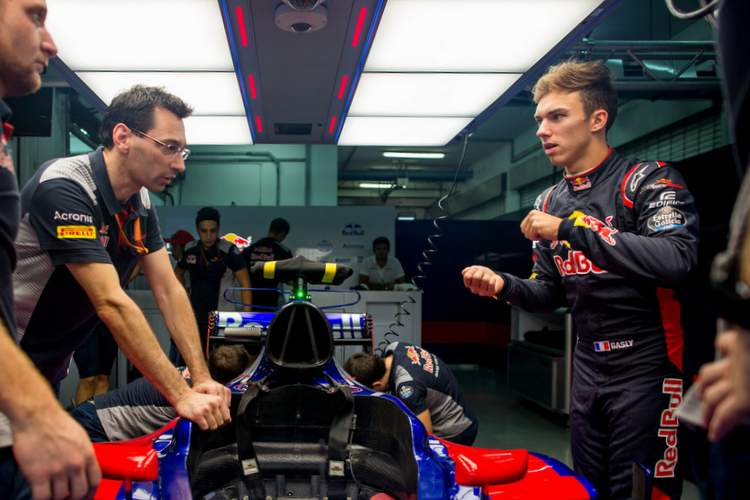 Formula 1’s new kid on the block Pierre Gasly revealed he only found out he would make his Toro Rosso debut at this weekend’s Malaysian Grand Prix on Monday this week – and the news came to him via a text message.

Gasly, the 2016 GP2 champion, has replaced Daniil Kvyat in the Red Bull junior team for at least the next two grands prix.

“I traveled from Tokyo on Monday to Malaysia, and when I got here I received a text saying that I might be driving this weekend,” the 21-year-old Frenchman told reporters on Thursday.

“I got really excited about it. I tried to sleep on Monday night, which was a bit difficult, with all the excitement. On Tuesday morning I had the confirmation that I was going to drive. It was an amazing moment and great news. I’m living the dream.”

Gasly now has a chance to earn a full-time seat for 2018, when Carlos Sainz moves to Renault, but he said he wasn’t thinking that far ahead.

“I’m just fully focusing on the weekend, trying to do my best and learn as quickly as possible,” said Gasly. “It’s a great opportunity for me to be alongside Carlos, who is on top of his game at the moment. It’s a really good benchmark for me. We’ll see what’s going to happen in the next few weeks a bit later.”

Gasly said he felt sorry for Kvyat, who last season was displaced at Red Bull by teenager Max Verstappen and now has seen his Toro Rosso seat taken by another youngster, “Unfortunately that is how it works in this sport.”

Sainz said he was confident the young Frenchman would be up to speed quickly, “I’m sure Red Bull would not put anyone in the car who is not capable of being on the pace straight away.”