Berger: Mateschitz is not getting tired of Formula 1 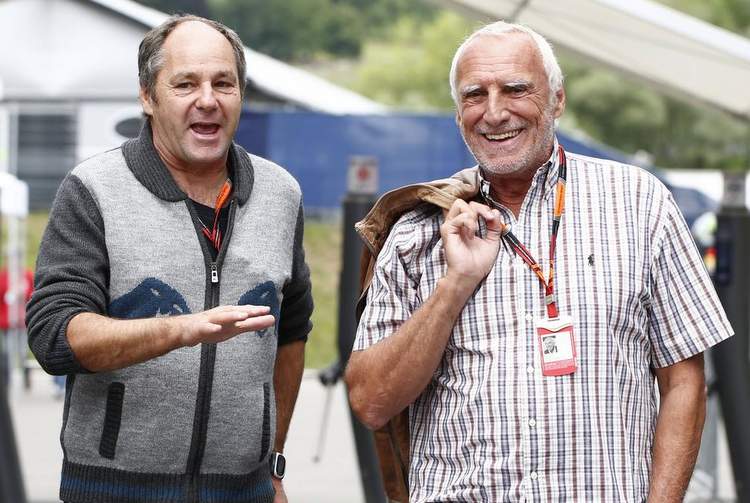 In the wake of the recent Formula 1 engine supplier musical chairs which led to Toro Rosso giving up Renault power for Honda, reports have emerged that this is the first step in Red Bull’s long-term withdrawal from Formula 1 as a team owner.

Speculation is that Red Bull are looking to sell Toro Rosso to Honda in the near future, with the senior team set to become Porsche (or a similar big manufacturer) in 2021 with Christian Horner and Adrian Newey at the helm.

Supposedly this reshuffle of their strategy, by the energy drinks organisation, comes with orders from the very top, namely Dietrich Mateschitz who, according to some reports, is less and less enthused by Formula 1.

But Gerhard Berger, the first driver to endorse Red Bull and a close confidante of Mateschitz, denies that the Austrian billionaire is looking for an exit plan when the Concorde Agreement runs out in December 2020.

During an interview on ORF TV, Berger was asked if Mateschitz is tiring of the F1 adventure, to which the grand prix winner and former Toro Rosso chief replied, “Tired of Formula 1, I think is the wrong way to put it.”

And added, “He is not happy with the current situation of his team. Red Bull is still a super strong team and even in this difficult time hardly anyone has departed, including [Adrian] Newey. Not having an engine that can bring title chances is of course frustrating in the long term.”

Red Bull Racing became a Formula 1 team in 2005 and won their first grand prix in 2009. A year later they began a four season streak in which they won eight world championship titles, Sebastian Vettel winning four drivers’ crowns and, with Mark Webber in the sister car, the team bagged four constructors’ titles.

However since 2014, with the advent of the hybrid turbo era, the team have not managed to scale similar heights as they have failed to match Mercedes and more recently Ferrari too.

During this period there was a high profile bust-up with Renault which was patched up so that Red Bull would have an engine supplier. But the damage was done and the Toro Rosso-Honda deal is a step towards a permanent split between the two parties.

Indeed 2018 is expected to be the final year of the Red Bull-Renault partnership – a scenario that neither parties are confirming or denying.

Berger pointed out, “Red Bull has always had patience and now is when it’s needed the most. It can’t always go well. It’s a difficult time now, but there is light at the end of the tunnel. Honda with Toro Rosso is the start.”

In the early nineties Berger won three grands prix as a McLaren-Honda driver and predicts that the Japanese manufacturer will succeed again, “I believe in Honda. They are a company with a sporting culture as well as resources and financial opportunities.”

“Toro Rosso also has a bit of a Red Bull mentality and it might well be that Honda returns to its original form and builds top F1 engines.”

In the wake of the title sponsorship deal between Aston Martin and Red Bull there have been suggestions that the British manufacturer may themselves become F1 engine builders.

Berger believes if that were to happen it will be in the long term, if at all, “We have to wait for the new engine regulations. Until then nobody will burn their fingers, because today’s engine regulations are extremely difficult to handle.”

As for Aston Martin in particular, Berger said, “I do not know if Aston Martin has the resources and possibilities, but I doubt it.”