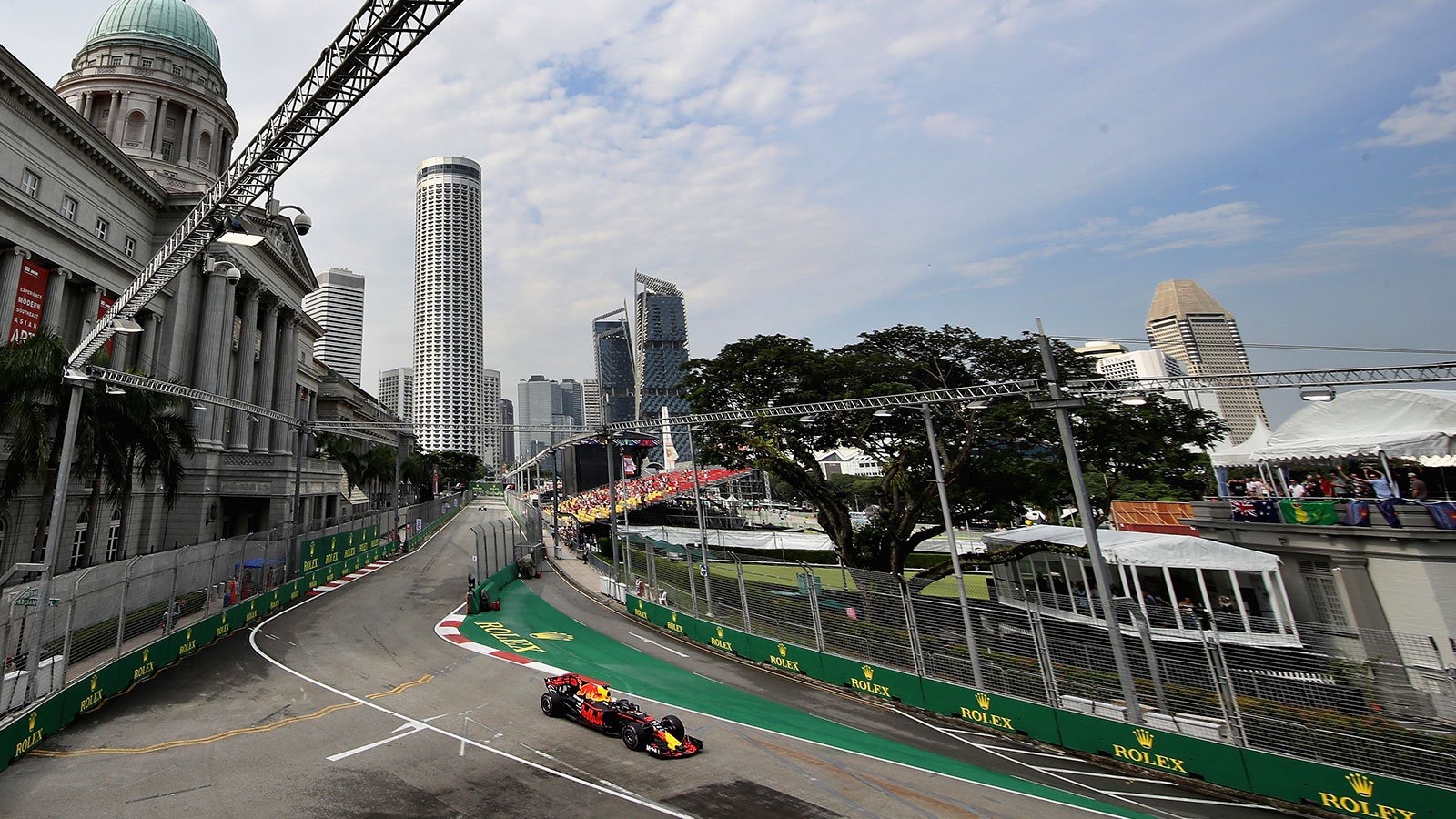 Red Bull Racing’s Daniel Ricciardo went fastest in opening practice for the Singapore Grand Prix ahead of Ferrari but it was announcements off-track that garnered most attention at the Marina Bay Street Circuit.

With just under half an hour of the 90-minute session remaining, the Australian posted a time 1:42.489s on ultrasoft tyres to secure top spot. Vettel, also using ultrasofts then went out and set a time just 0.109s adrift of the Red Bull to slot into second place ahead of the second Red Bull of Max Verstappen.

Mercedes drivers Valtteri Bottas and Lewis Hamilton had set the pace during the early stages of the session using supersoft Pirelli rubber, when there were a few damp patches on the circuit, but all drivers used slicks before they were shuffled back by Verstappen and Ricciardo’s first-run pace.

Lewis Hamilton, who arrived in Singapore on the back of consecutive wins, in Italy and Belgium, was fourth in the session. The championship leader was almost half a seconds adrift of Ricciardo, however, as he began his preparations for a weekend on which Mercedes are expected to be much more closely matched by rivals than in recent weekends.

Hamilton was separated from Mercedes team-mate Valterri Bottas by Sergio Pérez who took fifth place for Mercedes-powered Force India. Kimi Räikkönen was seventh in the second Ferrari, some 1.1s behind team-mate Vettel.

Fernando Alonso was eighth for McLaren, ahead of Renault’s Nico Hulkenberg, with Toro Rosso’s Daniil Kvyat completing the top 10 order. 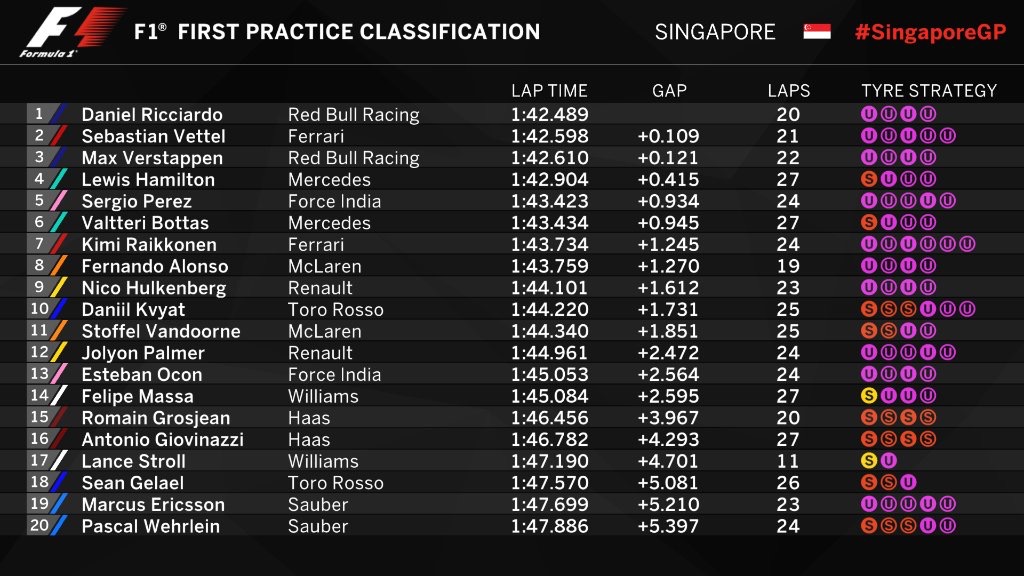