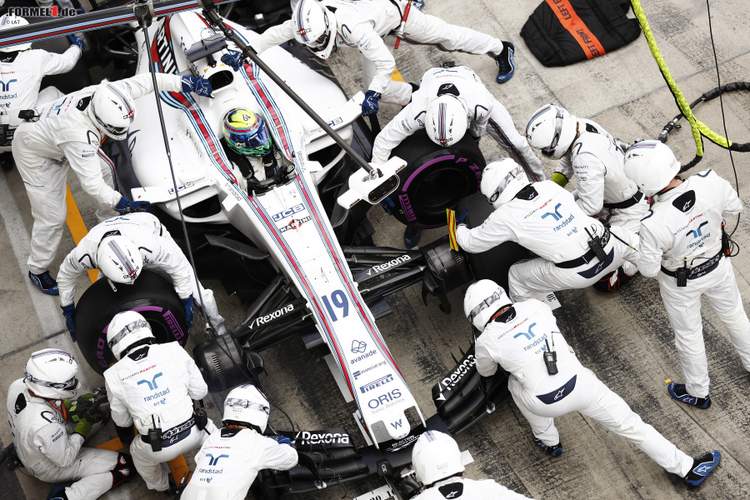 Williams Grand Prix Holdings PLC announced that after six years, Eddie Charlton is stepping down from his position as the Senior Independent Non-Executive Director on the company’s Board of Directors.

As announced in July, Doug Lafferty has joined Williams this week in the position of Chief Financial Officer, and will now take up his position on the company’s Board of Directors.

Eddie joined the Williams Board in 2011, after a very successful career in banking with Hambros Bank, Banque Paribas, and HSBC, having served on the Board of a number of companies.

Eddie chaired the Remuneration and Nomination Committee, and retires from the Board on completion of his second three-year term, which is normal practice for a Non-Executive Director, and in line with the UK Corporate Governance Code.

Doug has joined Williams from British American Tobacco, where he was Head of Finance for the Americas region. Doug joined BAT in 2001 and has held positions of increasing responsibility during a very successful career with the company.

After a number of international assignments, Doug returned to the UK in 2013, as Finance Director for BAT’s Next Generation Products business, where he played a key role in the development of the group’s strategy.

Nick Rose, Non-Executive Chairman, Williams, commented; “I would like to thank Eddie for his invaluable contribution to Williams over the last six years. Eddie will remain a great friend of the team. I am delighted to welcome Doug to our Board.

His appointment adds to what is a very strong team of Board members who provide the company and our shareholders with the highest standards of leadership and governance.”

Mike O’Driscoll, Group Chief Executive Officer, added; “On behalf of all of us at Williams, our huge thanks to Eddie for his service over the last six years. I know his passion and enthusiasm will be missed by all at the team.

I would also like to welcome Doug, who has taken up the position of CFO at Williams this week. Doug is a highly respected financial professional, and I look forward to working alongside him.