Inside Line: Why is McLaren so keen on problematic Renault? 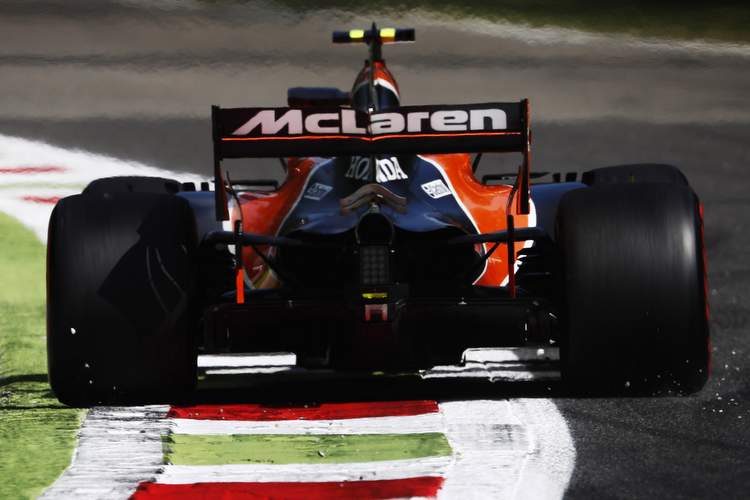 McLaren are reportedly on the verge of ditching Honda and sign up as a customer for Renault power units which they hope will propel them to the sharp end of the grid, after three year’s in no mans land and the worst period in their illustrious history.

I must say I am puzzled by this decision to pursue Renault so vigourously. Okay Mercedes and Ferrari have apparently closed the door to supplying the Woking outfit, so it must be that Renault is their last resort if ditching Honda is to happen. They obviously need an engine race.

Is Renault a much better alternative?

Granted Red Bull do a reasonable job with their TAG Heuer derivatives of the same power unit that Renault use for their works team.

But the relationship between Renault and Red Bull has been fraught with conflict, not long ago the energy drinks outfit wanted out of the agreement but also found themselves with no alternatives and sheepishly returned to the fold with, not one, but both their teams.

The facts on track are clear that Renault lag well behind Mercedes and Ferrari. Although its hard to estimate how far off the pace they are from the benchmark time, it is estimated that in qualy mode – with Mercedes fully dialed up – the Renault package lacks about 1.5 to 2 seconds on a 90 seconds lap. In race mode they are perhaps a tad closer but definitely not less than a second per lap.

Throw into that the fact that Renault reliability has been bad, admittedly not Honda-bad, but not at a level that inspires confidence and enthusiasm – ask Max Verstappen and Jolyon Palmer how they feel about the engines bolted on to their cars. Their replies would be unprintable.

Renault have not progressed with their power unit Vis–à–vis Mercedes and Ferrari. And their works team, which one would imagine would get the best bits, is actually a bit of a joke right now.

One could point to Red Bull and claim that their chassis is not terribly good this year (remember the windtunnel excuse?) and yet they can occasionally slug it out at the sharp end.

So the logic would suggest that if McLaren can produce a handy chassis the optimists out there could predict that they will be able to run with the energy drinks lads or even beat them, and thus challenge for podium positions. I am sure that is the thinking within the MTC at Woking for those lobbying for a Renault deal.

Unfortunately I just do not share the optimism or see the wisdom of shifting to Renault power.

It is not a proven race winner and, by their own admission, the timeline for Renault podiums will kick in after 2019. By then we will be one year away from the new engine formula and who knows what will happen then.

Throw into all this that Red Bull are again very unhappy about the engine supply they are getting from Renault. Big boss Dietrich Mateschitz and Christian Horner have recently told Renault to catch a wake up because the service they are getting is unacceptable and not worth the money spent.

And this despite a ‘no criticism clause’ in their current contract designed specifically to prevent the Red Bull crew from trash talking Renault. Just notice how quiet Helmut Marko has been amid smoking engines….

Doubt regarding the leadership of Cyril Abiteboul exists in the paddock. Many feel he is out of his depth to lead an operation such as Renault’s F1 efforts and galvanise the staff to the levels that Mercedes have done with their constantly delivering workforce.

Many in the paddock feel but are reluctant to say that Abiteboul lacks the experience and personality to be an effective leader, problem is he does not know it. He clashes with good people (Frederic Vasseur) and insiders say that he never admits when he is wrong. It’s his way or the highway.

That would be fine if he had a F1 CV that shows his methods actually work.

Abiteboul joined Renault in 2001 and worked in various roles until he was made Business Development Manager for the Renault F1 team in 2007 and rocketed to Executive Director of Renault Sport F1 by 2010.

Then in 2012 he was shunted sideways to Caterham, a Renault customer team, where he was made team principal. The team achieved little, even under his command, and shut down with Abiteboul at the helm. Despite this he was (inexplicably to many) appointed Managing Director of Renault Sport F1 in 2014 where he remains.

Abiteboul is arrogant and confrontational, thus it was no surprise that Jerome Stoll and Alain Prost, as brand ambassador, are there to steady the ship. But this triumvirate appears awkward at the best of times… watch this space!

Nevertheless, this is the management scenario that exists as McLaren seek a deal with Renault whose boss an insider describes as “a conflict waiting to happen.”

Hardly a situation that inspires confidence.

Furthermore and perhaps most importantly this deal does not guarantee results, far from it in fact, I would point to Toro Rosso and say that at best – in their first season with Renault power – that’s around where McLaren will be.

Also, perhaps not as important as being competitive, there is the issue of brand synergy. After all McLaren is in the sport to race first and foremost, but equally important is the McLaren Automotive sportscar brand.

The Renault connection – a good car to go shopping with – is hardly the image that is going to have well heeled sportscar aficionados flocking to showrooms. But maybe the same could be said of their Honda partnership…

Last, but by no means least, is the no small matter of the €90-million (and more to come) that Honda contribute to McLaren’s €450-million annual budget to race in Formula 1.

Whatever the case, the current crisis with Honda cannot continue, but it is very much a Catch-22 for the sport’s second most successful team. I do not envy Zak Brown and the guys that are leading the team right now and deciding on its future.

Career breaking decisions are on the line (this week?) with a Renault deal being the bookies’ favourite to happen, but sadly there is no guarantee that Renault is the holy grail of performance that McLaren so desire.

In closing, I venture to say that shifting to Renault is the absolutely wrong decision for McLaren, but at the same time I sincerely hope that if it happens I will be proved wrong, because as much as Formula 1 needs Ferrari to do well, it also needs a strong McLaren team.