Verstappen: My race was finished after three laps 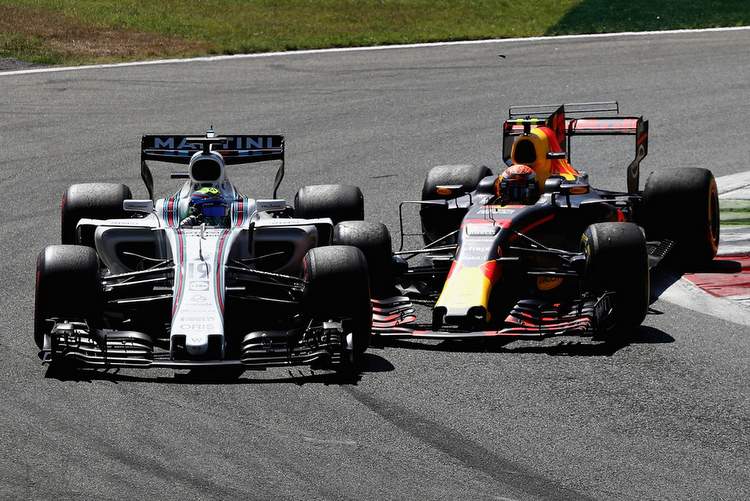 Red Bull driver Max Verstappen seems unable to catch a break with his run of bad luck, this time his Italian Grand Prix was compromised after an early collision with the Williams of Felipe Massa.

In qualifying at Monza, Verstappen relished and shone in tricky wet conditions, claiming the second fastest time in the marathon rain affected session. But a raft of engine related grid penalties relegated him to 13th on the grid.

As he made his way up the order, on lap three, he and Massa made contact which resulted in a puncture for the Dutch teenager. He limped around to the pits for a tyre change and some minor repairs, but from then on he toiled hard all afternoon to score a single point for tenth place.

Speaking to reporters afterwards, Verstappen said, “My race was basically finished after three laps. If you lose so much time with a puncture, pitstop and front wing change, then it’s done. After that I was playing catch up. We started the race on the soft and I wanted to try to go as far as possible on that set, but I didn’t manage that.”

“Because I punctured that tyre, we had to do a two-stop race. That was a bit of a shame, but what can you do? I still did quite a decent race, so I was pretty happy with that. It could have been much better, but it was finished on lap three.”

Red Bull found some pace at Monza, and with engine penalties served Verstappen was asked what he expected at the next round in Singapore, he replied, “Daniel finished fourth, so the car was really working well. I was also happy even though I was playing catch up. Hopefully in Singapore we can fight for a proper podium.”

Verstappen is sixth in the drivers’ championship after 13 rounds.