Hamilton: I dedicate the pole to Michael and his family 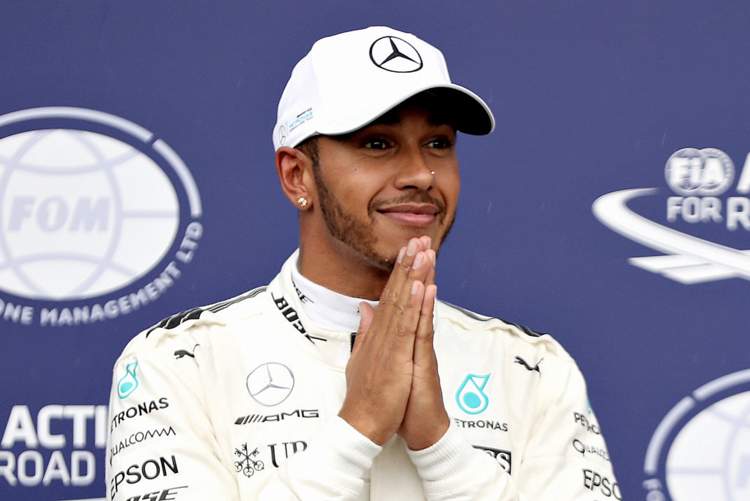 Lewis Hamilton has dedicated his record breaking pole position to Michael Schumacher, the man he has now surpassed with his pole winning lap during qualifying for the Italian Grand Prix.

Hamilton said after claiming the accolade, “I said it would be kind of cool to dedicate the pole to Michael and his family.”

“For everything he did for the sport and raising that bar and to be able to raise that bar once more is an honour.”

Hamilton’s lap on a wet and treacherous track was of the highest order, more than worthy of claiming the record, over a second faster than his closest rival.

And with his intention to carry on with Mercedes beyond 2018, when his contract ends, he could even hit triple figures before he hangs up his helmet.

Hamilton added, “I have not yet set the record. I am going continue to expand on it. There are other drivers relatively close like Sebastian [Vettel]. someone else will come along, but I have got to take it as far as I can take it.”

“It is a real honour and privilege to be in this sport and to come from where I have come from and represent my family and my country. I grew up watching F1 and there are people watching it today and dreaming of being here one day.”

“I could not even fathom what I have been able to achieve but what I consistently believed in was my ability and in what I could do if I put my mind to it.”

“I think that applies to anyone around the world – try to use positivity as a force forwards. I entered today with great positivity – extract it and use it and it is more powerful than anything.”

Of hi sensational lap, Hamilton said, “I don’t know where that lap come from. It was really worth the wait. It is really epic for me and my family.”

“You have to dig real deep in scenarios like today and in any sport. To really find that focus and that zone to be able to pull something like that out today.”

“In the rain it is so tricky. It is so easy to make mistake and particularly when you know it is your final lap and it is all or nothing.

“Even I struggle to fathom how I am able to do it but it is something I have inside. It is a feeling and that feeling never really fails me,” concluded Hamilton who is now well set to take the lead in the championship should he win the race at Monza on Sunday.

It will take a brave person to bet against him winning the Italian Grand Prix for the fourth time in his career.