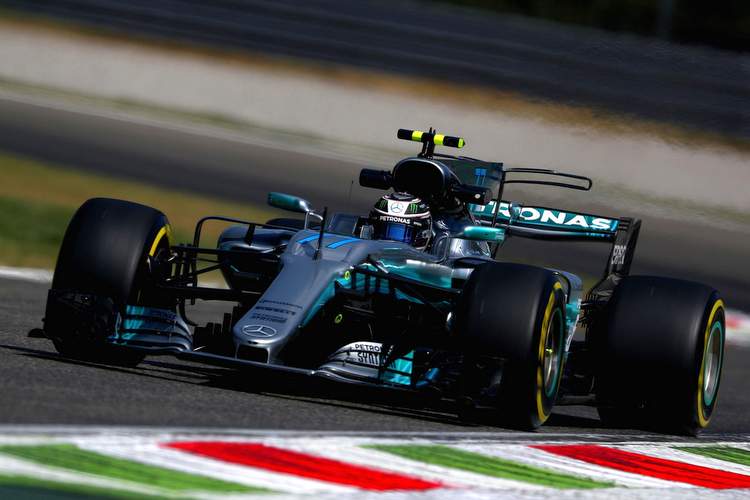 Valtteri Bottas turned the tables on his teammate Lewis Hamilton by claiming top spot at the end of the second free practice session of the Italian Grand Prix weekend.

Bottas’ best time of 1:21.406 was a mere six hundredth of a second up on Hamilton, as the pair again set the pace at Monza, but the Finn did well to overcome a half second gap that his teammate had over him in FP1 earlier in the day.

This time around, after lagging over a second behind the pace setters in the morning session, Ferrari were very close with Sebastian Vettel third fastest, only 0,140 of a second off the top time and Kimi Raikkonen a quarter of a second adrift of his teammate. The top four separated by four tenths of a second.

In the afternoon session, one second off the pace were the Red Bull duo of Max Verstappen in fifth and Daniel Ricciardo sixth, the Aussie a quarter of a second down on his teammate.

The biggest surprise of the day was the McLaren pair up next with Stoffel Vandoorne two hundredths of a second up on Fernando Alonso, in seventh and eighth respectively – 1.5 seconds shy of the benchmark time – the closest they have been for most of the season.

Force India driver Esteban Ocon was ninth fastest, with Felipe Massa rounding out the top ten in the Williams ahead of Carlos Sainz in 11th in the Toro Rosso and the Renault pair of Nico Hulkenberg and Jolyon Palmer, in 12th and 13th respectively.

The session was relatively incident free, however Lance Stroll lost control of his Williams at Ascari. Later in the session Kevin Magnussen smacked the kerbs hard at the second Lesmo which may have caused a suspension failure which forced him to park the Haas at Ascari.

Sainz, already with a 10-place grid penalty, had an engine issue halfway through the session, while Toro Rosso teammate Daniil Kvyat was also told to switch of his engine late in the 90 minutes session.

At Mercedes, Hamilton complained of a hot seat.

Alonso, Ricciardo, Verstappen and Sainz are set for grid penalties due to PU updates or changes. 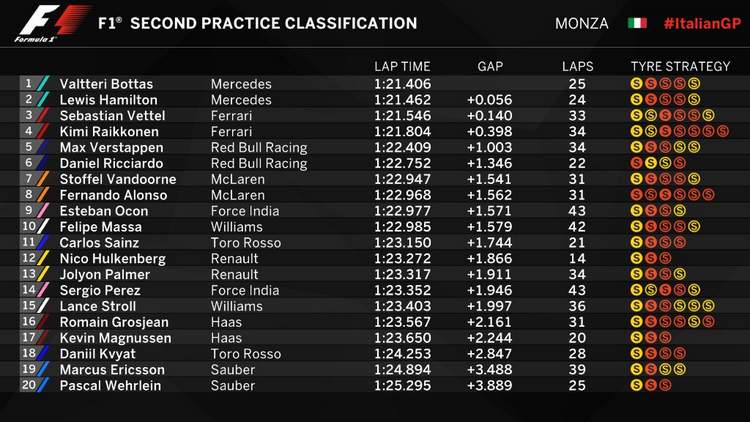