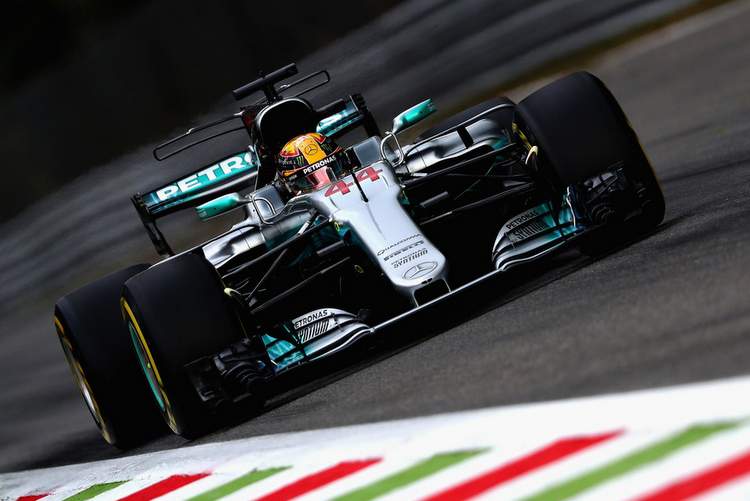 With the fumes of fuel and rubber still lingering in the Ardennes forest Formula 1 is already back in action, at the Royal Villa of Monza park with the first practice day of the Italian Grand Prix weekend, on a cloudy day punctuated by light rain with Mercedes hogging the top spots on the timing screens at the end of FP1.

Belgian Grand Prix winner Lewis Hamilton signaled his intent by setting a best lap time of 1:21.537 which was 0.435 of a second up on teammate Valtteri Bottas at a venue where they are expected to be the team to beat on Sunday.

Perhaps keeping their powder dry early on, Ferrari were over a second down on the top time with Sebastian Vettel third fastest and teammate Kimi Raikkonen fourth.

Best of the rest were the Red Bull duo with Daniel Ricciardo in fifth and Max Verstappen sixth, although well over a second down on the benchmark time but within striking distance of Ferrari at this early stage of the weekend.

The boys in pink, Sergio Perez and Esteban Ocon, were seventh and eighth respectively and fastest of the Mercedes powered customer teams.

Stoffel Vandoorne was ninth quickest in the McLaren, half second up on teammate Fernando Alonso who ended the 90 minutes session down in 15th.

Felipe Massa rounded out the top ten in his Williams, albeit two seconds down on Hamilton’s best. 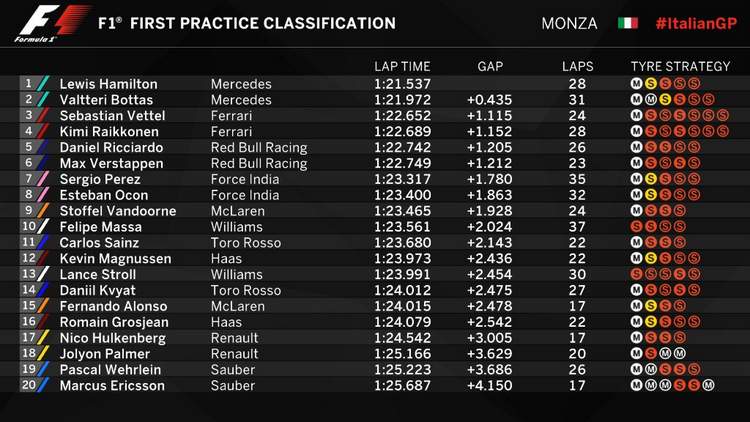