Abiteboul: We would all like Robert to be back, but… 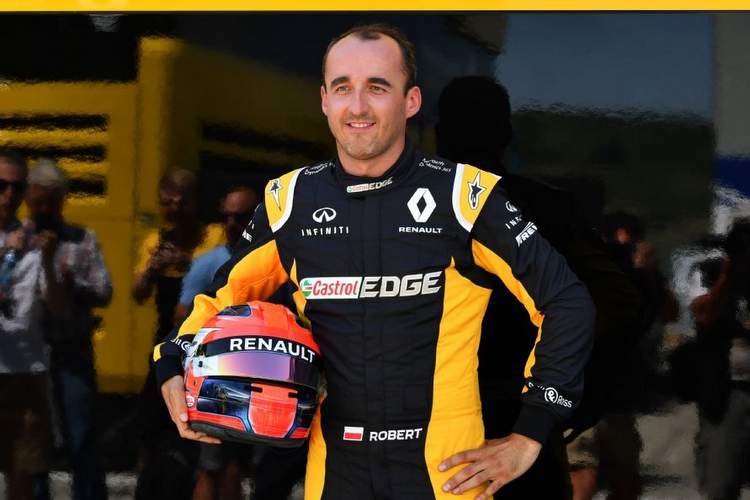 Renault have unanswered questions about Robert Kubica’s possible Formula 1 comeback and may give the Polish driver another run in their car before making any decision, team boss Cyril Abiteboul said on Friday.

Kubica, 32, is keen to return after his career was cut short by a rally accident in 2011 that partially severed his right forearm.

Indeed the hype in the Formula 1 world about his return is such that it was even rumoured in the paddock he would race at Spa-Francorchamps in place of Jolyon Palmer. This has not happened, but the interest remains.

The Pole, a race winner with BMW Sauber in 2008, completed two race distances in testing at the Hungarian Grand Prix circuit in early August and is hoping to replace Britain’s Jolyon Palmer in 2018.

“We said we wanted to be extremely methodological and analytical about the way we were approaching things with Robert. It’s not a PR exercise, it’s something that we are taking very seriously and leaving the emotion aside. We don’t have all the answers that we potentially wanted to get from that test.”

Formula 1 teams have limited testing opportunities, with Kubica appearing in Hungary during the first in-season test that is primarily aimed at giving up-and-coming youngsters experience.

For him to test again before the end of the season, Renault will have to sideline one of their race drivers in Friday first practice at a grand prix weekend.

“In a perfect world we would want to do more of this type of test to see if he can race again at the level that he and we would have wanted. It may or may not be possible, we will see,” said Abiteboul.

Pressed further on what specific questions the team needed answering, Abiteboul said Renault – who have also been linked to Toro Rosso’s Spaniard Carlos Sainz – had access to information that the public and media did not.

“It’s various things to do to be coming back into a racing car at this level,” he added. “A car that is extremely different to the car he has been driving six or seven years ago, and the [2012] car he drove at a test in Le Castellet.”

“So without going into too much detail, you can see what it could involve to go one step further. Testing in isolation, private test with one car, in controlled elements without rain or first lap action that you can always encounter – all of that needs to be factored into the decision of pursuing or not pursuing.

“We would all like Robert to be back, but it has to make sense,” added Abiteboul.

Big Question: Do you think Robert would succeed if he returned to F1 full-time in 2018?