Raikkonen: I can win races and fight for championships 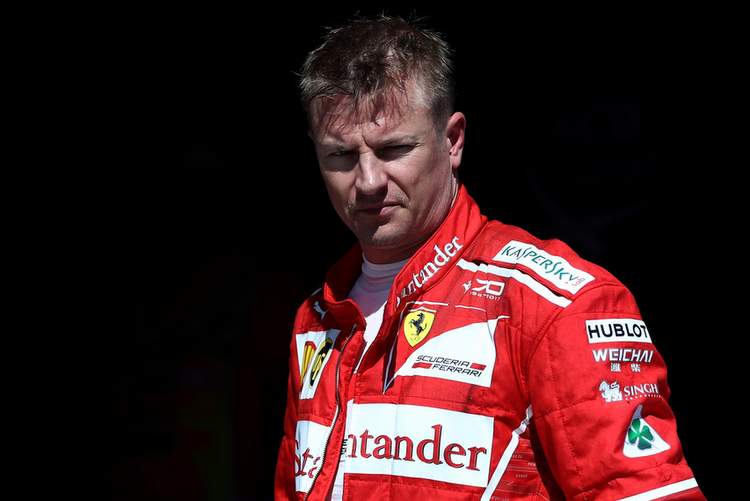 In the wake of Ferrari extending his contract for another year, Kimi Raikkonen insists that he would not have taken up the offer if he did not believe he could win races and also fight for a second Formula 1 World Championship.

Speaking to media ahead of the Belgian Grand Prix, Raikkonen said, “If l didn’t feel l could go fast or be happy in myself about my driving l wouldn’t be here. I have zero interest in wasting my time or the team’s time. This isn’t the nicest place just to hang around.”

“As long as I feel I can win races and fight for championships then it’s fine. When I don’t feel like that, I will be the first guy to do something else,” he added.

The truth is that whether he likes it or not, he is the number two driver at Maranello this year with the team focusing on Sebastian Vettel’s title charge and the scenario unlikely to change should the German remain with the team.

But typically the Iceman, much like his team, is not bothered about public opinion, “I was only interested in being here next year, I don’t really care what other people are thinking.”

“We work very well together but obviously I am not the guy who decides and I have no idea what will happen in his case. Hopefully it will stay as it is now. That would be perfect,” said Raikkonen.

The fact that Vettel has emerged as the number one driver is no surprise as the Italian team’s most successful period, at the turn of this century, was when they built their campaigns around Michael Schumacher.

As a result with the German legend they bagged 11 world titles (drivers’ and constructors’) from 1999 to 2004. The team’s other drivers during this period, Eddie Irvine and Rubens Barrichello, were bystanders to the success.

With 11 races run so far this season, Vettel leads the championship with 202 points, with four wins along the way, while Raikkonen languishes in fifth, 86 points adrift and yet to score a victory this season. Nevertheless the Finn remains the last driver to win the world title for Ferrari thanks to his efforts in 2007.

Perhaps in Raikkonen’s case his number two status is not inked into his deal, but statistics show that this has been the case since he rejoined Ferrari in 2014.

As partner to Fernando Alonso in 2014, and from 2015 until now alongside Vettel, he has not delivered results like his teammates have.

Raikkonen has also not won a grand prix since his return to the Reds. His last F1 victory was at the 2013 Australian Grand Prix when driving for Lotus.