Vettel: No panic at Ferrari 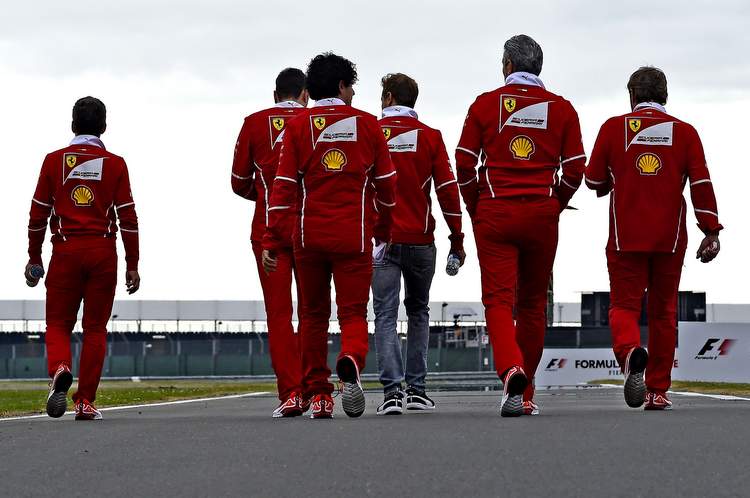 With Mercedes turning up the wick as the 2017 Formula 1 season hits the halfway mark and Ferrari appear to falter, Sebastian Vettel is adamant that there is no crisis at Maranello despite the fact that his team is lagging in the constructors’ championship standings and his lead in the drivers’ points table is down to one.

Asked in an interview with La Repubblica if there was a sniff of panic at Ferrari, Vettel replied, “I do not think so. I think Mercedes has recovered a lot of ground. But we were fast. Especially on Sundays. While on Saturday we suffer too much.”

“And that is where we have to work more: qualifying. We have to try to take a shot at pole. Starting from behind makes it difficult to recover and it’s not always possible to do so.”

In the wake of Mercedes’ one-two at Silverstone and their own bad luck, the four times F1 World Champion said, “We have to be aware of what’s going on and try to do our utmost to react.”

Since Canada Mercedes have won three of the four races, Ferrari none, and Vettel acknowledged, “We have always known they are strong. They are on a winning loop and we were far behind last year.”

And ventured, “Last season must be the starting point of any analysis. This year we have always been able to compete with them and, indeed, we have often been ahead.”

The slip in fortunes has not escaped Ferrari big boss Sergio Marchionne who demanded after Silverstone that the team not “mourn this negative result but instead I expect an immediate reaction” which no doubt adds to the pressure the team is facing.

The F1 circus heads to Hungary for round 11 of the world championship, the final race before the month long summer break. Vettel was asked if the race would be decisive to Ferrari’s campaign.

He replied, “Decisive I do not know, I hope, indeed I think it will be very different.”