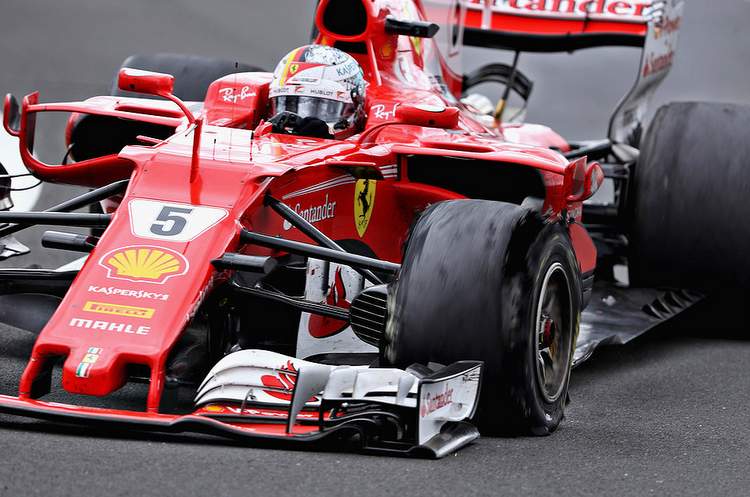 Sebastian Vettel looked set for at least fourth place in the British Grand Prix, and possibly even third, but puncture late in the race forced him to make an unscheduled pitstop on the penultimate lap of the race at Silverstone.

Pirelli have since investigated the failure that afflicted the Ferrari driver and have concluded that a slow puncture was the cause of the mishap.

Pirelli reported in a statement: “Pirelli has concluded the analysis on Sebastian Vettel’s damaged front-left P Zero Yellow soft tyre, which affected him two laps from the finish of the British Grand Prix.”

“As appeared clear since Sunday afternoon, a full investigation has now confirmed that the original cause of the failure was a slow puncture. The consequent driving back to the pits on an underinflated and then flat tyre led to the final failure.”

This may well explain Vettel’s late race struggles, which allowed Mercedes’ Valtteri Bottas to get past him without meaningful resistance from the Ferrari driver.

But Pirelli have not managed to pinpoint the issue that struck the Ferrari and reported: “Kimi Raikkonen’s damaged tyre shows less evidence of what occurred, so further tests and analysis are still ongoing in Pirelli’s laboratories and indoor testing facilities. It will take a few more days to reach a definitive conclusion.”