Alonso: I would support whatever decision McLaren make 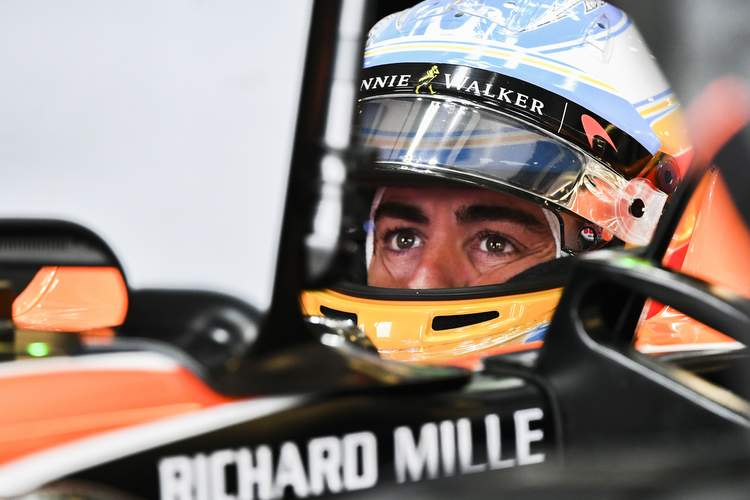 After retiring from the British Grand Prix after toiling on the wrong end of the midfield, Fernando Alonso sent a timely reminder to McLaren regarding his future with the beleaguered team.

Honda have made little progress with their under-powered and unreliable power unit. The decision before this season to adopt a new concept which focused on developing and optimising a mono-cylinder, then marrying six similar cylinders has proved to be a disastrous decision.

As the team’s woes have increased, without a solution in sight, McLaren are considering options for 2018, including a Mercedes engine supply and possibly even Ferrari power.

But Alonso’s patience has long ago dried up, but when asked after the race at Silverstone if he knows what the future holds at McLaren he replied, “It’s up to them, but definitely the sooner you make a decision the better preparation you have for the following year.”

Since he made public his desire to be with a winning team in 2018, Alonso has been linked with just about every team on the grid. But the reality is that the door is firmly closed to him at Mercedes, Red Bull and Ferrari. There are no other winning options available to him on the F1 grid.

McLaren are keen to keep their star driver and reading between the lines it seems that Alonso may be relenting and resigned to staying on at Woking, “I guess they will try to make it an early decision. Obviously I would support whatever decision they make.”

Asked if McLaren would be a contender had they been powered by Mercedes or Ferrari, Alonso replied, “Who knows. It’s difficult to guess, to imagine different combinations of cars and engines, but I think we identified very clearly what we are missing – so if we can improve that, we can be competitive. But this is definitely not in the near future.”

The team has suffered at the recent high speed venues – outclassed and outpaced – but heading to the forthcoming Hungarian Grand Prix the double F1 World Champion is hopeful that the power deficit will not be so blatant at the twisty and tight Hungaroring.

“For me, for the team, it’s Hungary in 15 days’ time. A good opportunity, so that’s reality. The other things are just dreams,” said the Spaniard.

Meanwhile the immediate reality is that Alonso retired from the British Grand Prix, but he doubted that a points finish was possible on the day, “Tough time. Unfortunately we had another issue. A fuel pump, I think, which hopefully didn’t damage the engine and we can use the engine in the future.”

“A difficult weekend, starting last, and following a group of cars it was a difficult race. We were not in the points, so DNF is a bit less painful because we were not able to take points,” mused Alonso.

Big Question: Should Fernando stay on with McLaren beyond 2017?