Hamilton: I can decide to stop at the end of this year 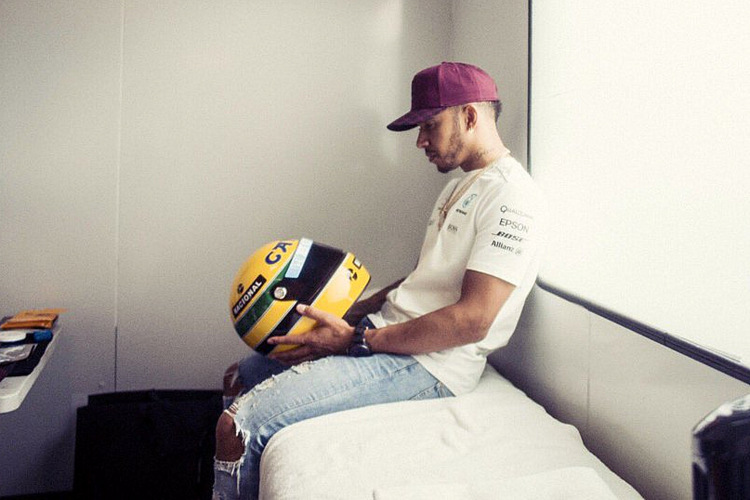 Lewis Hamilton admits that he does not think of hanging up his helmet, but when he does so he will do it on his own terms and he could even decide to stop racing at the end of this season, while hoping he will be appreciated for his achievements much in the same way his idol Ayrton Senna is to this day.

Speaking to Auto magazine, Hamilton said of retirement, “My destiny is in my own hands. I can decide to stop at the end of this year. Does that mean my legacy is less great than it would be if I stop in five years’ time? Who’s to say?”

“I don’t like to plan for it because I don’t know what’s around the corner, I don’t know what I’m going to do. Whatever I know I’m going to do, if I apply myself the way I’ve always applied myself in my racing and I apply it to anything else I want to do in life, or even if it’s still in racing, I feel I can achieve great things.”

“I’m never going to stop pushing the limits of whatever it is I do with myself and I’m always going to strive for greatness in whatever world it is that I’m in. So I think that mission or that mentality will create my legacy.”

Hamilton generates much love among his fans, but also has a fair amount of detractors – a very similar scenario to when Senna was alive.

The Brazilian was lionised or despised in his heyday, his persona dividing the paddock and fans alike. His death however united just about everyone in admiration and respect.

As for his own legacy, Hamilton mused, “I don’t really think too much about it to be honest. I think you could probably get caught up in what you want your legacy to be. I can’t envisage what it’s going to be.”

“The only thing I can think of in the racing world is that I want to be known as a hard, out-and-out but fair racer.”

“Ayrton Senna – the way he’s remembered today I hope that I’m remembered in a similar light. Since I started racing that was always my goal, to do something similar to Ayrton, to emulate him.”

“I hope when I’m gone people can respect my commitment, my ability and my drive the way they respected his,” added Hamilton who at the recent Canadian Grand Prix matched his idol’s record of 65 Formula 1 pole position starts.

Big Question: If Lewis quit today what legacy will he leave behind?