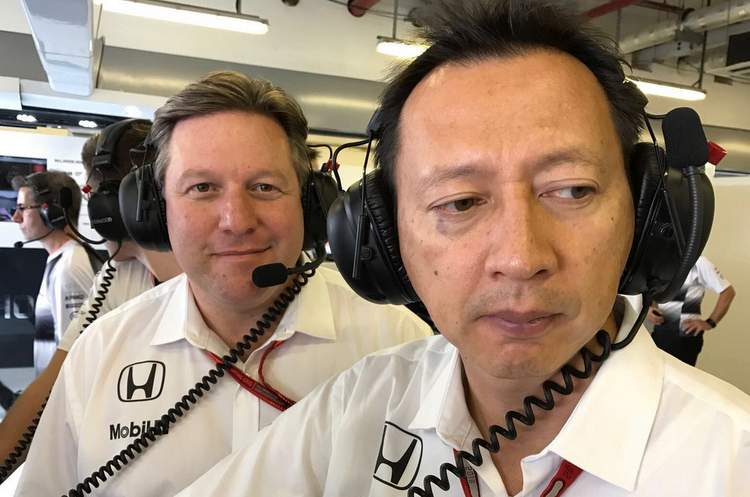 During the build-up to and after the Canadian Grand Prix, McLaren chiefs unleashed a barrage of criticism directed at their engine part Honda, but the Japanese company’s F1 chief Yusuke Hasegawa has not taken offence and rather sympathises with the Woking outfit’s boss Zak Brown.

Hasegawa told Racer, “They are all still frustrated, and of course we are frustrated as well. So Zak’s comments are very understandable. We are frustrated and we are disappointed, so it’s no wonder if they comment about something like that.”

“Of course good results will cheer the team up, but even in a difficult situation we have a very strong connection. But even so it is very difficult to keep [the team together].”

Meanwhile, with McLaren yet to score a point this season and thus last in the constructors championship and to increasing lack of reliability without an end in sight, Brown said, “We speak to them [Honda board] all the time.”

“Daily, their views are consistent with Hasagawa-san’s. they are not hiding from the issue, they are not in denial of the issue. They are putting more resources against it. So they are trying harder than ever.”

“They understand our situation, and because everyone has a cool, calm approach to it, we are trying to get through it. But I think they are as frustrated as we are.”

“Ultimately what we need to see is delivery of what their expectations are on where they think they are going to get the power unit in the foreseeable couple of months,” added Brown.

Big Question: Is it a sign of weakness that Honda are accepting McLaren’s public criticism?