Horner: It is character building for Max 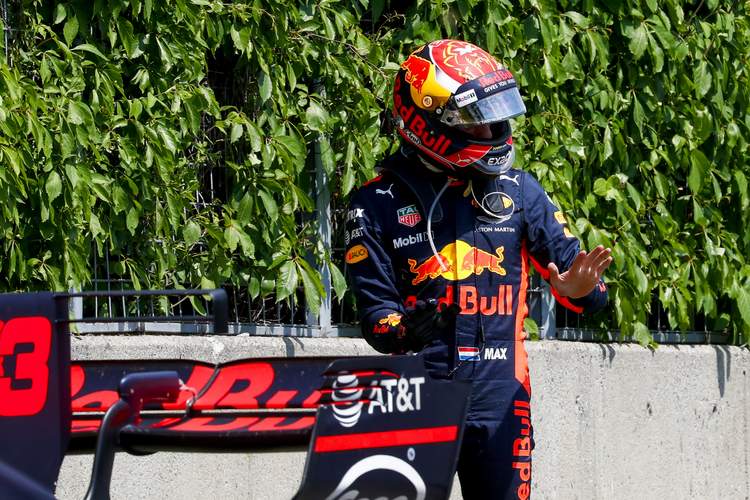 Max Verstappen makes it no secret that he is increasingly frustrated this season as Red Bull have not provided him with a car to challenge for victory, and his DNF at the Canadian Grand Prix while running second compounded the situation.

But team chief Christian Horner sees the positives from the current situation with the team’s teenage prodigy, “It is character building but he will come through it strong. His driving is getting better and better. You can see the performances in the last two or three races, he has really been making a lot of progress, and it is a shame he did not achieve the result he deserved.”

Verstappen himself is not one to mince his words and said after the race, “Absolutely rubbish, yeah really. It’s a major bummer, especially when you’re second. Ultimately you still end up with nothing, so it sucks.” Full report here>>>

Horner indulges Verstappen’s rants, “Obviously he is going to be disappointed because he was in such a great position. But what he can take real heart from, and see the bigger picture, is he is performing really well, the performance of the car is getting stronger and stronger.”

“He was fighting to take the lead at the restart, so even though results have not gone his way, it is a long season. It will balance itself out. His time will come at races in the future.”

“He is going to be emotional when he got out of the car, but in the cold light of day he is qualifying closer, the performance of the car is getting closer, he was running a competitive second ahead of a Mercedes and both Ferraris.”

“So, things are moving in the right direction. There are certain things beyond our control, and [Canada] was one of them. He knows how hard the team is pushing to make sure performance and reliability are there,” explained Horner.

Big Question: Is Max too impatient?