Vettel: You should be ashamed 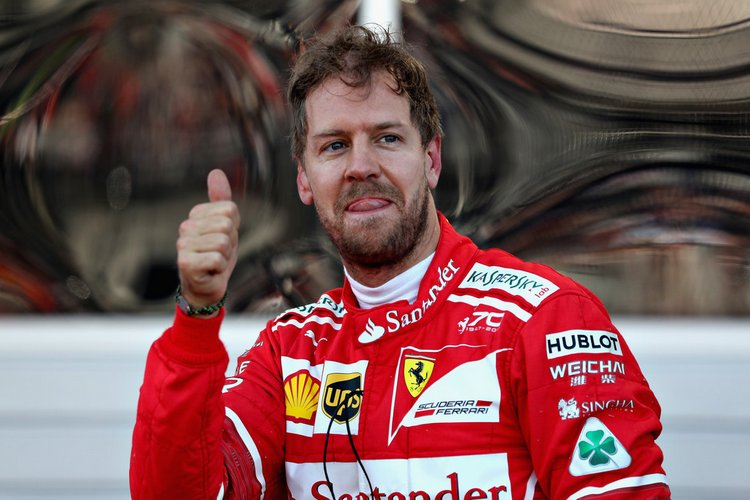 After leading Ferrari to their first a one-two in qualifying for the Russian Grand Prix, the team’s first front row lock-out since 2008, Sebastian Vettel lashed out at a ‘negative’ Italian journalist during the FIA hosted press conference on Saturday.

Asked by reporter Andrea Cremonesi, from La Gazzetta dello Sport, about the possibility of penalties further down the road for Ferrari as a result of having to replace engine components. Report here>>>

Kimi Raikkonen, who was second fastest in the session, was first to respond, “You’re always very good to always find negative things about us.”

Prompting Vettel to also attack, “He´s Italian, he should be over the moon. Everybody in Italy I´m sure is very happy now and you´re the only Italian in the world that finds a reason to be negative. You should be ashamed,” he exclaimed.

“Maybe I think you will have a great chance to get a German passport because usually Germans always find a reason to complain. If there´s a hard time when you get back to Italy you´re welcome to Germany,” joked Vettel.

Meanwhile Raikkonen, who has turned understatement into an art form, lived up to his laconic best after he and Vettel locked out the front row in qualifying at Sochi Autodrom..

“A one-two for the team is not bad,” the 2007 world champion acknowledged to reporters.

If ever there was a case for the church bells of Maranello to peal in jubilation at Ferrari success on a Saturday, and for the locals to maybe crack open the spumante a day early, the afternoon in Sochi was surely one of them.

Ferrari have not started a grand prix on pole position since September 2015 and it has been nearly nine years, an age for the sport’s oldest and most successful team, since the red cars lined up together on the front row.

Saturday was only the sixth time since 2008 that Ferrari fans, whose glamour team failed to win a race in 2016, had been able to celebrate a pole position.

But the red tide appears to have turned, with Vettel winning two of the first three races this season and now adding a pole to the mix.

A third win from the opening four races, a feat again unseen since 2008, is definitely on the cards.

While Raikkonen barely modulated his tone, Vettel was far more excited, “For now we´re full of joy. We´re very happy that we´re back – at least if you talk about the front row for Saturday – and obviously we´ll try and take the momentum into the race.”

“For the team it´s a great day today. Mercedes has been very, very dominant the last years in qualifying, so it´s good to get there, get closer,” added the German, who refused to let any concerns cloud the occasion.