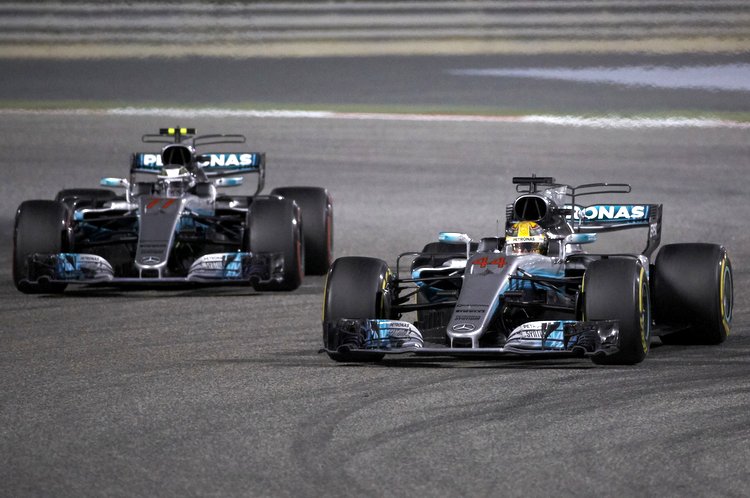 The issue of team orders within Mercedes came to the fore at the recent Bahrain Grand Prix, when Valtteri Bottas was ordered to allow Lewis Hamilton through on two occasions during the race, but the triple F1 World Champion is adamant that he is against the concept.

Speaking to media ahead of the Russian Grand Prix, in Sochi, Hamilton was asked if he supported team orders to which he responded, “I do not, and never have. Team orders I think are always a very odd thing and a difficult thing to judge, and are something never to be liked. But it is in our rules and our approach is that the team need to win, so we do have to try and work as a team. But I think only in special circumstances.”

“We definitely spoke about it collectively and also with the team [after Bahrain]. We’re in a place with this team where we discuss everything.”

“The plan is when you leave the race track you don’t leave with any emotions hidden so that you don’t come next time with any long-term feelings about it except for going and pushing harder to do a better job collectively. That’s where we are. So we talked about it very openly and Valtteri was very gracious.”

“I think I would have reacted exactly the same way as him. He was struggling, he’s even admitted he was struggling with his rear tyres. When I went past, I said to the team if I don’t pull away I’ll let him back past, but I did.”

“I could see Sebastian pulling away and I said we had to pick up the pace just at the time Valtteri was struggling with the car balance. It makes no sense for us both to fall behind and let them pull away. In that scenario we worked as a team, and he while it was very tough for him, he was a great gentleman about it, and did the team proud.”

“In our notes and in our job description is to win for the team, not win for yourself. So while individually you want to win the race, if you can’t win, it’s not a case of wanting the other car to win, you want the team to win.”

“You want the team to succeed. We want to finish, Mercedes, ahead of the Ferrari this year. To do that, we have to work as a team more than ever before,” added Hamilton who has won once in three races so far this season, with Ferrari driver Sebastian Vettel winning on two occasions.

Big Question: Are team orders acceptable at Mercedes or in Formula 1 for that matter?