Alonso: Zak has a bigger vision than other team bosses I have had 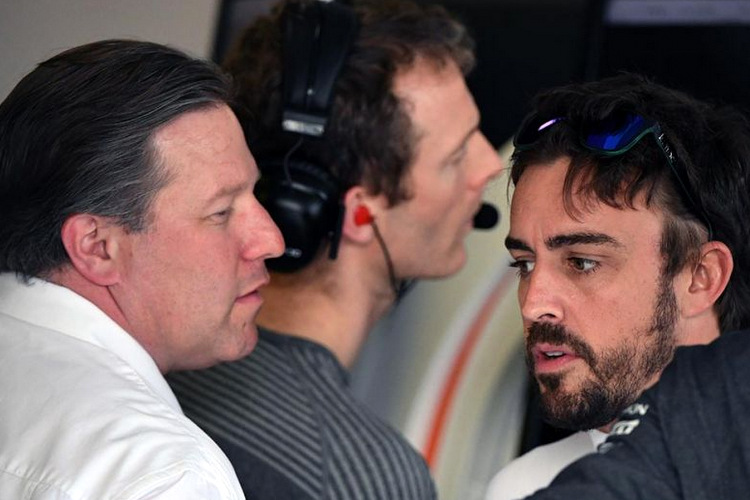 Fernando Alonso’s decision to race at the Indianapolis 500 instead of the Monaco Grand Prix signals Formula One is going back to the future as it redefines its brand and appeal under new American owners.

This much became clear on Thursday when two-time champion Alonso talked about his reasons for making the one-off switch and described it as a ‘win-win’ position for all involved.

The Spaniard said it was a great move for him personally, for McLaren and Honda, for Formula One and for America’s and the world’s biggest race as it allowed cross-promotion of so many brands – a situation that, he said, was probably impossible a year ago.

Since then, F1 has been taken over by the American Liberty Group and his McLaren team has also undergone a major upheaval with the departure of long-term team chief Ron Dennis, replaced by new executive director American Zak Brown.

“Zak is a man that (sic) has a bigger vision than other team principals or bosses that I have had,” Alonso told a press conference ahead of this weekend’s Bahrain Grand Prix.

“He sees motorsport differently. He sees McLaren bigger and no longer concentrated on F1. He is a true racer, so it is great that McLaren had Zak come on board last year.”

McLaren have raced and won at Indianapolis before – registering three triumphs in the 1970’s – and the team, like Alonso and F1, is keen to build a much greater awareness of their brand in north America.

He said it was not likely that he would have taken the chance to switch if his McLaren Honda car was competitive this season.

“If the car was competitive this year and we had 43 points, together with the other guys… you cannot afford to lose a 25 points possibility by missing one race.”

He explained also how keen he was to make his mark on motor racing with a bid to land a ‘triple crown’ by winning Monaco, Indianapolis and the Le Mans 24 Hours.

“I think the McLaren-Honda partnership, to be able run this in Indy 500, was very attractive this year, so for Le Mans it is something I will do, probably as soon as I can. I don’t know if it will be next year or following years.

“The first priority is F1. If I can race together with F1 and other series as I am doing this year it will be okay, if not I will only do F1.”

He added that there had been consideration of him racing at Le Mans this year because McLaren’s racing director Eric Boullier is a Frenchman.

Alonso said if he wanted to be the best driver in the world he’d have to win eight F1 World titles, “one more than Michael (Schumacher), which is impossible.

“Or I can win different races in different series in moments in my career and be a driver that can race and win in any car in any series.”