Hamilton: Alonso to Mercedes is not going to happen 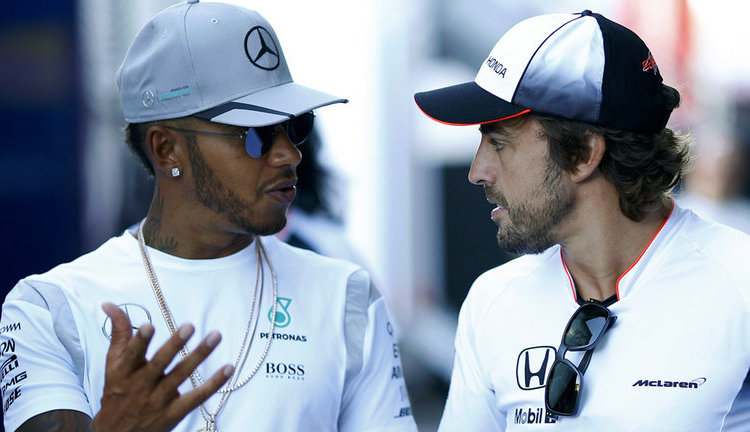 Fernando Alonso’s hopes of ending his McLaren nightmare with a move to Mercedes have been dismissed by Lewis Hamilton after he claimed the Spaniard will not be joining him next season.

Alonso, who won the last of his two championships with Renault more than a decade ago, is in the final season of his three-year deal with the British team.

The 35-year-old has stated he will take stock of his future during the summer break but he is keen to remain in the sport if he can find a competitive car which will afford him the chance to fight for victories and the elusive third title he so desperately craves.

The length of Bottas’ contract may have lured Alonso to believe that he could be in the running to join Hamilton in a mouth-watering, and potentially explosive, line-up at Mercedes next term.

But Briton’s triple world champion poured cold water on such a move on the eve of the second round of the season in China.

“It’s not going to happen,” said Hamilton. “Valtteri is fantastic here at the team. He was very, very fast at the last race.

“He has obviously got a lot of potential and a lot of growth to go, but it is all about finding the right balance in the team. So far Valtteri and I have a great balance and the scales weigh up nicely.

“If you have got two kilos on either side, and then take the two kilos off and put four on, what is the point? You need the balance.”

Sebastian Vettel, the Ferrari driver who is also in the final season of his current deal with the resurgent Italian team, could also be an option for Mercedes in 2018.

But Bottas insists he is not fazed by the threat of losing his seat after just one term, “For me, even though it is a more important year than ever before, nothing changes from my side. There is only a certain amount of things I can do which is to drive the car as fast as I can.

“I have a good feeling within the team and it is up to me to prove myself and if I perform well there is going to be no problem. There are no strict guidelines or x amount of points that the team want me to achieve.

“They are going to review my performance throughout the year and make a decision then which I think is completely fair.”

While Hamilton won the Chinese Grand Prix, Bottas made a rookie mistake when he spun at low speed during a safety car period which dropped him down the field. He spent the afternoon recovering to finish sixth.

Alonso was up to sixth at one point in the race, but he suffered a driveshaft issue which caused him to stop out on track on lap 34 of the 56 laps race.