Marko: We have a contract with Max not his family 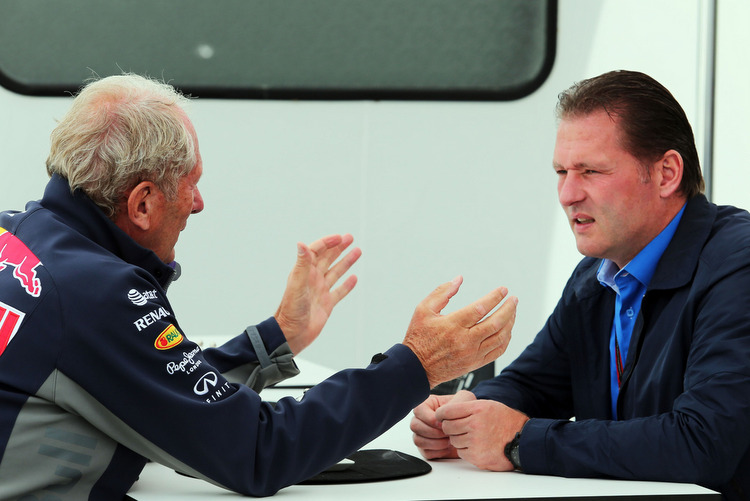 In the light of Jos Verstappen’s recent antics, Red Bull consultant Helmut Marko has declared that the team has a contract with Max Verstappen and whatever happens with his family is not their problem.

Marko told media, “We have a contract with Max Verstappen as an employee. He is one of our drivers and we have only to deal with him.”

“The problems that exist within the family, between Jos and his grand father has nothing to do with us. We have a contract with him and his manager, who are our partners.”

It has emerged that Verstappen’s grand father Frans met Marko at the Red Bull headquarters for a three hours meeting with Marko to iron out the situation.

Frans Verstappen, sought out the meeting with Marko which the latter confirmed happened, “I took this step in Max’s interest, because I fear for his career.

“The only thing I wanted to achieve was that Red Bull intervenes to protect Max from the constant misery caused by his father,” he added.

Marko added, “I made it clear that Red Bull has a contract only with Max, and everything else that happens in the family is not our business,” Marko explained.

“Frans was at our office, “I knew the problem within the family and I have talked with him. We are very pleased to be working with Max. What has happened does not affect it in the past. ”

“Jos has done a good job to educate Max, but his job is now done. Max’s grandfather and I met for the first time and e is a nice man. I told him he should be proud of his son and grandson, but he should not interfere with Max. ”

“There are no problems between Red Bull and Max Verstappen,” insisted Marko.

Jos was involved in a brawl last weekend, while Frans was an alleged victim of his own son Jos’ shenanigans last year but no charges were leveled at the former F1 driver who was instrumental in Max’s junior career.