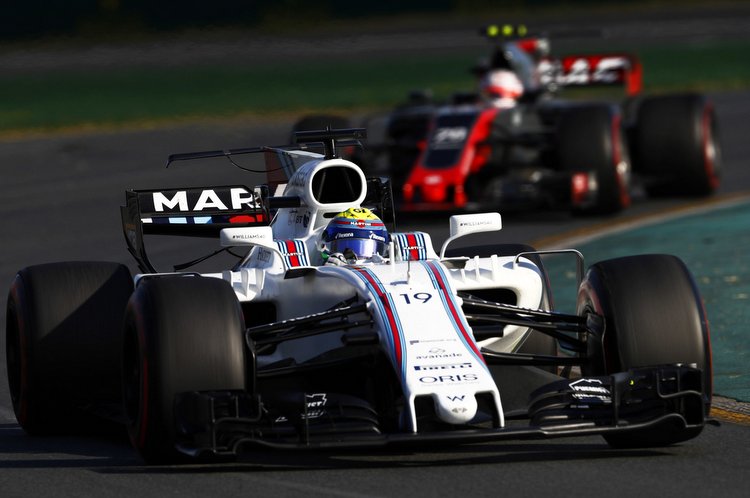 Williams driver Felipe Massa has given insight into what it takes to drive the new era Formula 1 cars on the limit, while sharing his concerns that overtaking will be at a premium this season but believes that DRS may salvage the situation.

In the wake of an action-limited Australian Grand Prix, Massa told SporTV, “Overtaking is more difficult, but that was already clear from the moment the regulations came out.”

“Now we have a car that has a lot more downforce and, because of that, to follow the front car is a lot harder as well. Downforce needs air, so when you have a car right in front of you, it takes away that air and you lose aerodynamic force. Following another car is very difficult.”

“But we cannot just take what happened in Melbourne and think it will always be like this. There will be tracks where overtaking will be possible, but at others it will more difficult like Australia and Monaco for example.”

“We are back to the times before they invented DRS: where you started from on the grid was where you ended-up, more or less, at the finish. It won’t be exactly like in the past because DRS helps with overtaking. Without DRS there would be no overtaking at all!”

Much has been written about the physical demands required to drive the new era Formula 1 cars which are faster and have loads more grip.

Massa gave insight from inside the cockpit, “No doubt [the car] demands a lot more from you, it has a lot more downforce therefore you experience higher G-forces and lateral forces.”

“When you enter a curve or under strong braking, you feel it in many areas. Starting at the heart, the muscles feel it on the neck, the back, the shoulders, the arms… You have to make a big effort.”