Lauda: Bottas did an incredible job 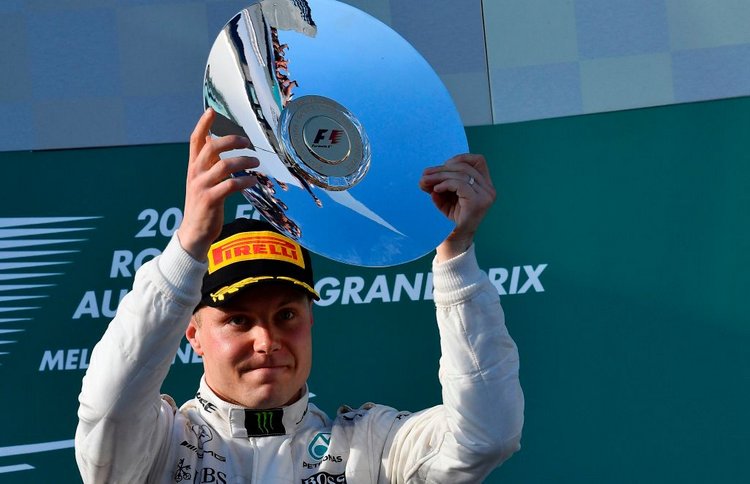 “Bottas did an incredible job. First time in the car, finished third, close up to Lewis. He could not have done a better job,” said retired triple world champion Lauda, who is non-executive chairman and a shareholder in the team.

“We have the right choice,” added the 68-year-old, who told Sky Sports television that the former Williams driver had been top of his list of candidates to replace Rosberg after the German announced his retirement in December.

The 27-year-old was announced as Hamilton’s team mate in January.

“I expected Bottas, in a new car with a new team, with the help of the team to get quicker. He did all that. So the whole weekend he was a sensation,” said Lauda.

“I don’t think he would have been worse than Nico if Nico would have raced here. It could have been exactly the same result but he was the first time in the car, which I think was outstanding,” added the Austrian.

Bottas told reporters after spraying champagne on the podium that the race weekend had been a “good starting point for the journey for me driving for Mercedes” but felt he could do a lot better.

“I didn’t get everything perfect but it was the first qualifying with the team and this track really hasn’t been fantastic for me ever in qualifying,” he said.

“Overall, I think not a disastrous first race weekend with the team but I do have my points I will take, and I can do better next time and I look forward to that.”

Rosberg, who beat Hamilton to the 2016 title despite winning fewer races, has said he has no regrets about retiring but nonetheless kept a close eye on proceedings in Melbourne.

The German posted photographs on his Twitter account of himself, his wife and daughter watching the race from his Monaco apartment.

“Respect to all of you who always get up so early on Sunday mornings,” he said. “I’m excited to watch it, first time in 11 years now in front of the TV, so that’s a massive different experience.”

He later sent a message of congratulations to Vettel and Ferrari.