Mallya: We intend to maintain the momentum 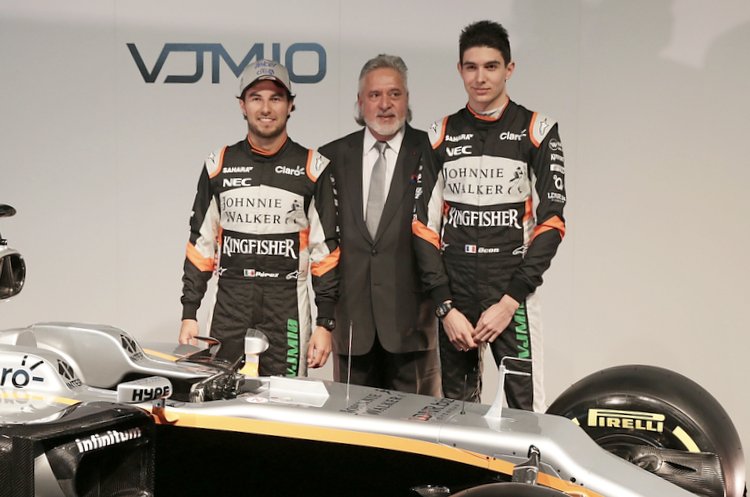 Vijay Mallya’s business empire has wobbled over the past few years and he allegedly owes billions of dollars back home in India, but his Force India Formula 1 team is a beacon of how to shrewdly invest money into a project and at the same extract the maximum from it.

Mallya spoke on the occasion of the team’s launch of their 2017 challenger – the VJM10.

Vijay, 2017 is the tenth year of Sahara Force India competing in Formula One. That’s quite a milestone…
VM: I’m very proud of the journey we have taken over the last ten seasons to become an established Formula One team racing at the sharp end of the grid. When I think back to 2008 and the task facing us, it’s remarkable to see the progress we have made and the way the team has evolved. Everybody associated with this team deserves huge credit for the achievements of 2016 and I still regard our fourth place finish as one of my proudest moments.

Can the team keep delivering at this level going forward?
VM: We don’t underestimate the scale of the challenge ahead of us, especially with the sport undergoing a huge overhaul of the technical regulations. Simply repeating our performance level of 2016 will be a big task in itself. I don’t want to set goals or targets other than to say that we intend to maintain the momentum we have built up in recent years and carry it into the new season. There are too many unknowns to say more than this.

Are you excited by the shake-up of the technical rules?
VM: I think it’s important that Formula One stands out as the clear pinnacle of motorsport and there’s no doubt this year’s cars will look more aggressive. The drivers always want more speed and hopefully it will excite the fans. The learning curve will be very steep this year, too, so I think each weekend will have a bit more uncertainty, which is good for the show. I’m not convinced that the new cars will generate better wheel-to-wheel racing, but let’s wait and see what happens.

The team has a new driver this year with Esteban Ocon alongside Sergio Perez – it’s an interesting pairing…
VM: Our philosophy has always been to choose the quickest drivers available and I’m very happy to welcome Esteban to the team. Together with Sergio, I believe we have one of the most exciting line-ups on the grid. Esteban is young but we know he has the raw talent and potential to develop. As for Sergio, he showed last year that he is an exceptional racing driver. This is his fourth year with us and he has matured to become one of the most complete racers on the grid. He is our benchmark and provides valuable consistency as we enter the new season. Who better for Esteban to learn from?

The car has more silver on it this year – tell us the thinking behind the new livery?
VM: We’ve kept the basic colour scheme that we’ve been running for the last couple of years, but we’ve just freshened up the design slightly. Everybody has been telling me how much they love the colours on our cars so there was no reason to make a radical change. This livery gives our cars a contemporary and premium feel, which works well considering the partners we have on the car.