Wolff: With Bernie you never know if he’s really gone 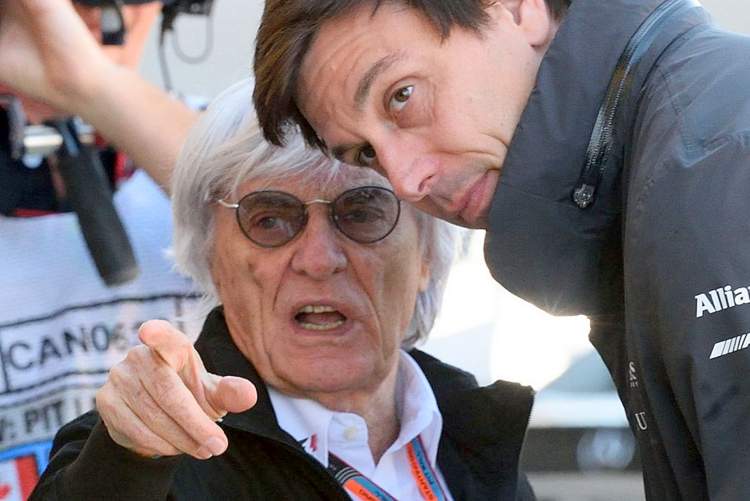 In the past couple of weeks much has been written regarding the overthrow of Bernie Ecclestone as Formula 1 chief, but Mercedes ,otorsport chief Toto Wolff is not so sure that the deposed billionaire is done and dusted with the sport.

Wolff told Frankfurter Allgemeine Zeitung, “You never quite know with Bernie if he’s really gone or if he will somehow make a return.”

“Liberty Media has not got the majority of shares in Formula 1 which also includes the voting rights, and with this in hand is proper that they occupy the senior management positions. Thus the facts are that Chase Carey is the new boss.”

Wolff is wary of Ecclestone’s history of returning form the ‘dead’ on a number of occasions, “This has happened often in the past and of course we know that in Formula 1 anything can happen.”

But added, “I assume that the situation has now been developed and new structures in place [by Liberty Media] whereby there will be no way back for him.”

As for a future without Ecclestone at the helm, Wolff ventured, “There is the risk that a lot of know-how will be lost. Bernie made some incredibly good deals, we have long-term contracts in place and building on that is tough because much of it was built due to personal relationships with Bernie developed over decades.”

Ecclestone was famous for creating smokescreens through his media network, which often served only to confuse the sport for his own gain. The concept of ‘divide and rule’ was a tactic he used often.

Wolff recalled, “The qualifying debacle at the start of 2016, the constant discussion and criticism regarding the engine formula. We were often confronted with erratic decisions.”

“I believe the approach will now be well thought through and much more strategic, based on evidence, where areas in which we can improve will be studied in detail,” predicted the Mercedes team boss.