Wolff: Formula 1 is not broken 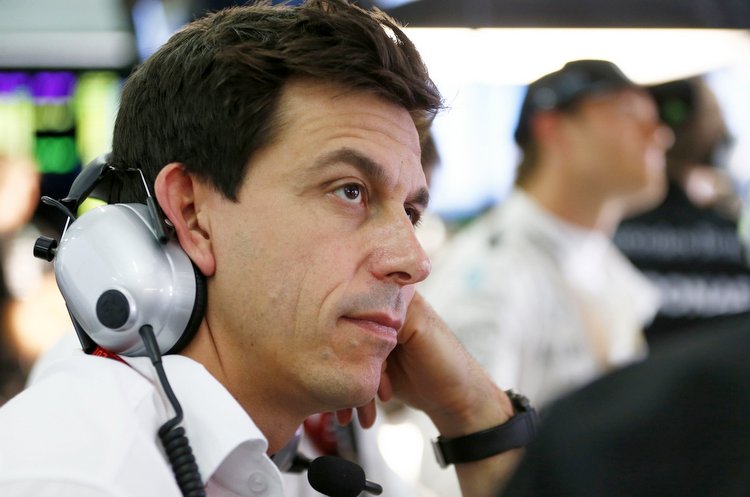 Mercedes motorsport chief Toto Wolff has hailed Formula 1’s new owners Liberty Media by acknowledging that the management team’s strengths and capabilities, but at the same time warns that the sport is not broken and should not be tampered with excessively.

Speaking of the management team headed by CEO Chase Carey, Ross Brawn (MD motorsport) and Sean Bratches (MD commercial), Wolff said in an interview on his team’s website,  “If you look at the track record of Chase and his colleagues, it says everything. They are experts in TV rights, experts in U.S. sports and they have hired experts in Formula One to cover that blank spot.”

“They have done just the right thing, hiring experts in their respective fields. Ross has been in Formula One forever and has seen the sport from the team side. He is going to give them the right guidance, together with the teams and the FIA, to develop the sport in the right direction – staying true to its values but, equally, assessing the areas that function well and the areas which we should be developing together in order to grow the sport even bigger.”

The biggest challenges facing the Liberty Media era of Formula 1 is to hold on to the existing loyal fan-base while attempting to attract a new generation of followers, while hoisting the sport from the middle ages of digital exposure to the 21st century – all at the same time.

Wolff said of this, “I think we need to acknowledge that Formula One is a technical sport, so it will always polarise. There are people who will say that they hate it and others will say that they love it. That is okay. But one thing is for sure – we shouldn’t make it a beta test.”

“We shouldn’t mess with our loyal fans and our audiences by implementing rules and regulations that we haven’t assessed properly. We should use data in a scientific approach and see what works in other sports and other entertainment platforms, then combine that with the great strengths and assets of Formula 1.”

“Considering that we as a team have been doing pretty well during the last seasons, audiences have developed in a very positive way. The last couple of races we had record-breaking audiences in some markets in terms of TV spectators. There has been a lot of talk about F1 not doing well. Actually, we have been doing pretty well considering that the market has changed tremendously.”

“I doubt that younger generations switch on a traditional TV at two o’clock on a Sunday afternoon. They expect to watch it on a mobile device or via social media. Nevertheless, our audiences are pretty strong.

“We mustn’t talk the sport down, as it is not broken. There are ways to optimise it and there are areas which are blind spots in which we haven’t done a lot of work – for example the digital environment and social media. But we need to understand them.”

“Social media is very important as a marketing tool to involve our audiences – both current fans and future fans. But we have loyal partners in the TV stations that have been broadcasting our sport for a long time and have helped contribute to the team’s revenues.”

“You can’t offer it for free in the digital world. You can see it as a marketing tool but not as the silver bullet that will solve all the problems.”

“The Ecclestone era ending is a pretty big thing. I’m very curious and optimistic as to what the future holds. But one thing is for sure – the wheels turn very fast and yesterday’s news doesn’t interest anybody any more.”

“We need to embrace the future and we shouldn’t be too nostalgic about the past. This sport has a huge opportunity for growing bigger and bigger and we could all benefit from this. We need to push in that direction,” concluded Wolff.