McLaren return to orange for 2017? 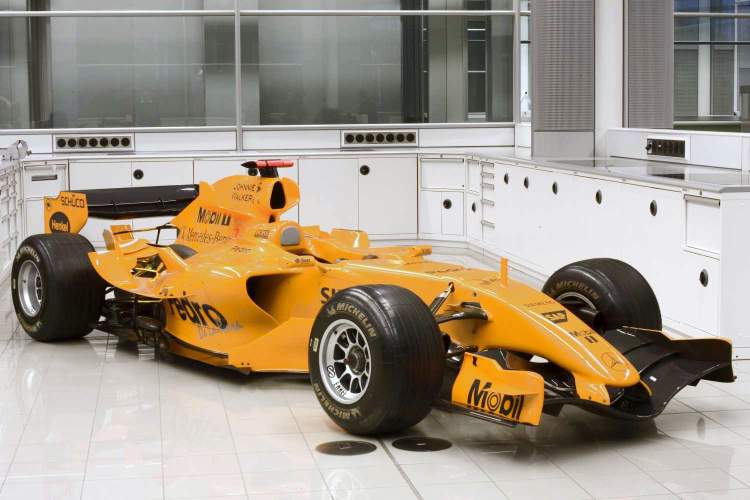 McLaren have announced they will be unveiling their 2017 Formula 1 challenger on 24 February, but they are not saying if their car will be orange although they have hinted that the livery will be different.

The team will present their all new car and their driver line-up of Fernando Alonso and rookie Stoffel Vandoorne at the team’s MTC headquarters.

As for the designation of the car the team spokesman said, “Our new car’s name/number has yet to be decided.”

There is a possibility that MP4 designation may be dropped or altered. The P4 representing the initials of Ron Dennis’ Project Four Formula 2 team he ran before becoming McLaren chief.

With his ousting, late last year, there has been speculation that the P4 maybe dropped. The last McLaren F1 car built before Dennis took over was the M30.

Meanwhile the team have promised a surprise livery, but when asked if a return to orange was on the cards the reply was, “It is too early to reveal details of our new car’s colouration, but you can expect to see something a bit different.”

Several teams have already completed and passed the mandatory FIA crash tests, when asked what the situation was at Woking the reply was simply, “Crash tests are ongoing.”

Last year McLaren had Vandoorne as their reserve driver and he was used for the Bahrain Grand Prix when Fernando Alonso was injured, in the aftermath of his big crash in Melbourne.

Although Jenson Button is expected to step up should any of the drivers be unable to race, this appears not to be confirmed as the team spokesman revealed, “Our reserve driver situation has yet to be decided.”

McLaren, the sport’s second most successful team, are without a Formula 1 world championship title since Lewis Hamilton won in 2008. They have also been podium-less since their reunification with Honda in 2015.