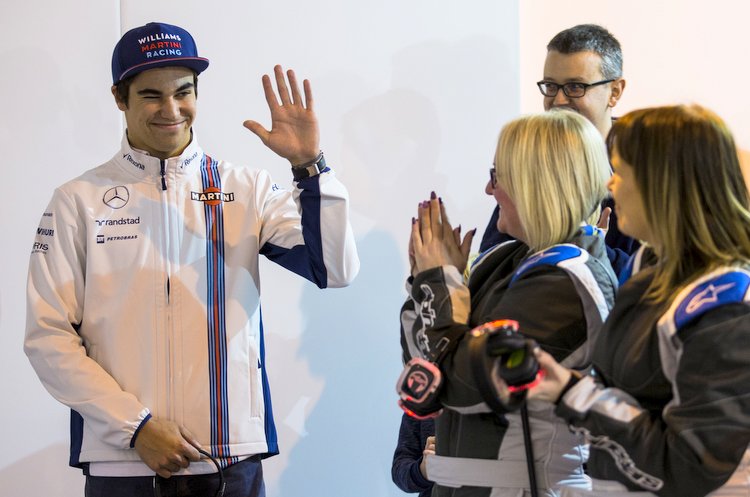 Teenager Lance Stroll admits that the fact that he is now a Formula 1 driver has yet to sink in and at the same time he knows he faces a big challenge with plenty to learn in his rookie season, but in the end it’s simply another machine to master.

Stroll said at the Autosport show, “I love Formula 1, I’ve been watching it ever since I’ve been a little boy. It’s incredible for me to think I’m here!”

“It hasn’t really completely sunk in yet, I think I’m only going to feel it when I’m on the grid in Melbourne. Then you’re obviously there and the lights are going to go off and you’re going to have to forget everything and concentrate.”

Stroll has been fast-tracked from Formula 3 to a race seat with Williams. The likes of Ayrton Senna and more recently Max Verstappen took a similar path to the pinnacle of the sport, bypassing the traditional step between F3 and F1.

In Senna’s time that would have been Formula 2, while these days GP2 Series is supposed to be the F1 feeder series.

Stroll is aware of the challenges that await him after making the jump, but is confident that his privately financed F1 testing programme will benefit him when he steps into the 2017 car, in Barcelona next month, for the first pres-season test.

Stroll said, “I have been reading manuals and learning switches and also a lot of preparation in the gym to get fit for this year’s car, which is supposed to be a lot harder to drive. I’ve driven a Formula 1 car, that’s good. It’s better than not driving one at all and going straight from F3 to this year’s car.”

“I need to stay focused and be ready for this year’s car, and this year’s car’s challenges are going to be different to what I learned in the 2014 car. It’s another machine and it’s another race car and I’ve been driving race cars my whole life,” added the 18 year old Canadian.