Mateschitz: Red is not for Vettel 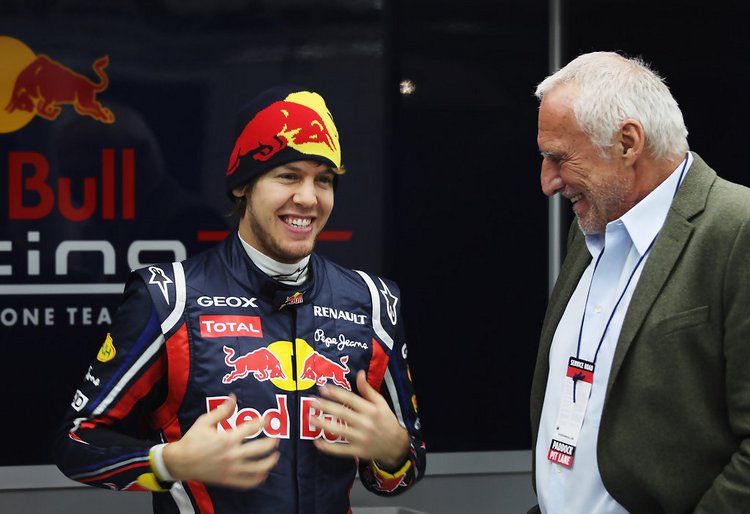 Sebastian Vettel inevitably has a special place in the heart of Red Bull big boss Dietrich Mateschitz, as the German won the organisation’s first grand prix and also their world titles from 2010 to 2013, but the billionaire can’t resist a dig at the driver who now races for Ferrari.

Mateschitz replied when asked, by Speedweek, if he still spoke to Vettel, “Yes, every now and again when I am at a grand prix or on the phone. Almost always it is small talk, but I always tell him: red is not your colour!”

Reflecting on the 2016 season, where his team were best of the rest behind Mercedes, Mateschitz said, “We were counting on finishing in the first three before the 2016 season started. But it is all relative. Were we so good or was it just that our main competitors were weaker?”

“As a whole, we did somewhat better than expected thanks to the cooperation with Mario Illien and Renault’s new technology group which achieved a high level of stability. The fact that we beat Ferrari was less important from a financial point of view, namely extra prize money, it was more a question of honour.”

In 2015 Mateschitz was scathing of Renault, their engine partner, who he blamed for being caught out by the new turbo regulations, but he has since changed his tune about the French manufacturer, “Renault brought new, ambitious and, above all, competent people to the project in 2016.”

“There was much progress with Illien. I expect for 2017 that we have even more power and that we get closer to Mercedes.”

Mateschitz is bullish about his team’s prospects for the forthcoming season, “We want to be absolutely competitive by the middle of the season, to be able to attack Mercedes and to drive for victories.”

“From a chassis perspective, we are certain to be the benchmark again. However, Ferrari is still an unknown. And as far as the drivers are concerned [Daniel] Ricciardo and [Max] Verstappen are a clear plus for us.”

Finally he was asked about the future of the team’s outspoken 73 year old consultant Helmut Marko, Mateschitz joked, “Helmut has recently got a new knee. Now he jumps around again like a young horse!”