Stewart: I think Hamilton can be a little ballerina 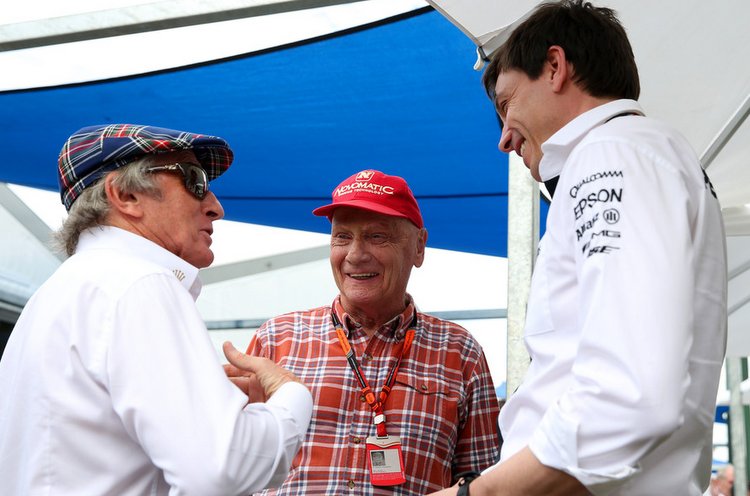 Sir Jackie Stewart is well known for his anti-Lewis Hamilton stance and spares no opportunity to have ago at the Mercedes driver, of course he was at it again in the wake of the title deciding Abu Dhabi Grand Prix.

Stewart told the Press Association, “I think [Hamilton] can be a little ballerina. Toto Wolff and Niki Lauda are not stupid people, and neither is the Mercedes chairman who often comes to grands prix.”

“You cannot threaten a multi-national corporation of that size by one man who is just not doing it the right way. Give him the option of either do it our way or you have to be excused.”

“Lewis was refusing their instructions, and he was going against the management team. Now, I am sorry, but when you are paid between 20 and 30 million pounds a year and you are told to do something you have got to do it. I don’t care who you are.”

“It is not the first time he has gone against instructions, and if he is going to continue to do that they have the choice of dropping him. He only does 21 races a year. It is no big deal. We worked our asses off [in the old days] to make decent money, and they don’t even do much testing now.”

“Mercedes may just give him another heavy warning, but if they do that they would then have to say: this is what is going to happen the next time you disobey orders’. Another way would be to penalise him financially,” added the three times F1 World Champion.

Meanwhile Nico Rosberg, who was ‘victim’ of Hamilton’s tactics, said this of the night in question: “Lewis was using all his skill to do it perfectly, so there was absolutely no way for me to manage to get by, so of course I thought about it but it was just pointless so there was no way. He did it in a very good way, in a perfect way.”

“We can just drop the whole discussion. There’s no point discussing this topic any more. It’s done and it’s in the past,” added the sport’s 33rd World Champion.