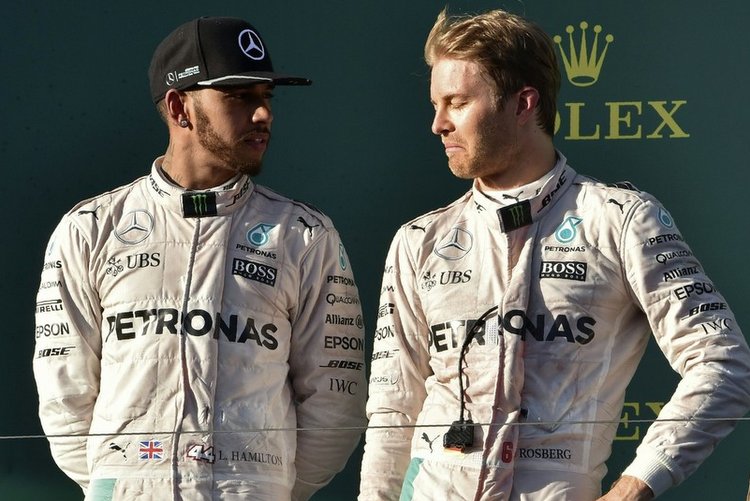 Lewis Hamilton wants to learn German so that he can communicate more efficiently with Mercedes team chiefs Toto Wolff and Niki Lauda who, as Austrians, have German as their native tongue.

Speaking to the New Straits Times in the week leading to the Malaysian Grand Prix weekend, Hamilton revealed, “I’m learning French and might want to learn a little German to help me communicate better with my bosses!”

When told about this, his teammate and title rival Nico Rosberg – who speaks six languages – scoffed at the idea, “Well, I wish him luck. He wanted to learn Italian and Spanish but as far as I am aware it did not go to well.”

Asked on Thursday by Bild if learning German was on his agenda, the Englishman replied, “Currently it’s not part of the plan.”