Horner: Ricciardo had fallen out of love with Formula 1 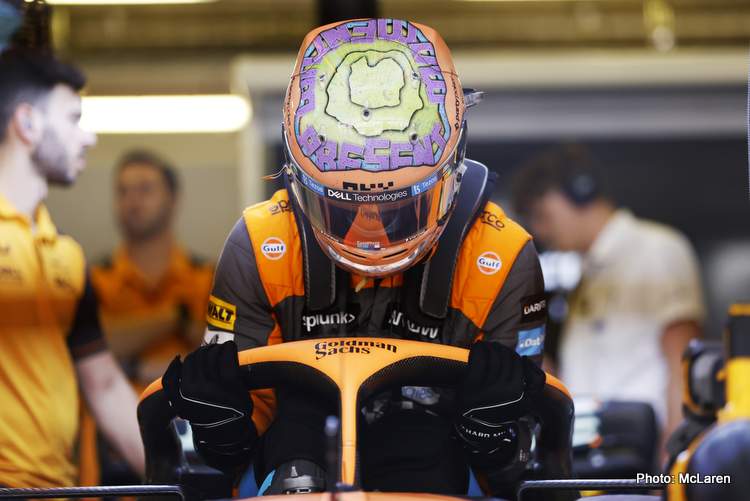 Red Bull boss Christian Horner believes that falling out of love with Formula 1, was behind Daniel Ricciardo’s decline which was resulted in losing his McLaren drive.

Daniel Ricciardo’s contract with McLaren was terminated one year before the original expiry date, the Australian finding refuge with Red Bull as a third driver, the team with whom he won seven of his eight F1 races.

Red Bull have double F1 Champion Max Verstappen, and Sergio Perez as its main drivers, and there were speculation whether Ricciardo may one day replace the latter in the team, especially since the Mexican suffered a slump in form midseason in 2022, not to mention the friction caused by team order debacle at the 2022 Sao Paulo Grand Prix.

During an interview with Speedcafe’s KTM Summer Grill podcast, Horner was quizzed on the Ricciardo situation, and what having him as the team’s third driver meant for the Australian’s future.

“Well, we were surprised to see Daniel be out on the open market,” Horner said. “So, for us having grown up with Red Bull, having nurtured him since being a junior, it made sense for us to bring him back into the fold. A driver with so much experience and such a high profile.

“I think that Daniel had fallen out of love a little bit with Formula 1,” the Briton added trying to analyze the reason behind Ricciardo’s baffling loss in form.

“He’s had a couple of really tough seasons, particularly [in 2022],” he explained. “For him to play a supporting role to the race drivers, as our third driver, both back here in the factory and at events with all the commercial partners we have – as one of the most recognisable faces currently in and around Formula 1, for us it made a lot of sense.”

No plans to utilize Ricciardo outside the third driver capacity

Despite hoping Ricciardo finds his mojo again and this gets back into a permanent F1 seat, Horner insisted his return will not be with Red Bull.

He said: “And I hope in the process, Daniel will rediscover his passion for Formula 1, but we certainly have no plans to utilise him other than in that third driver role, to combine with the commercial activities that he will be performing.

“Daniel will be attending some races,” Horner continued. “Obviously, he will be our reserve driver for those events. He will probably do some tyre testing for us to help out with the Pirelli programme that gets distributed around the teams. He will be doing some work in the simulator. So he will be doing more of those activities.

“And then of course with the commercial demands that we have from the myriad of sponsors and partners that we have, particularly with a much bigger presence in the US, where Daniel is now predominantly based, with three Grands Prix there next year, he is going to have a busy agenda for the season ahead,” the Red Bull boss explained.

Daniel Ricciardo previously drove for Red Bull between 2014 and 2018. He switched to Renault in 2019 and remained their until the end of the 2020 season.

The Honey Badger signed a three-year contract to race with McLaren from 2021 till the end of the 2023, but he was shown the door at Woking after a disappointing performance for two seasons in a row.