Brown: Piastri not racing for a year, we need to get rustiness off him 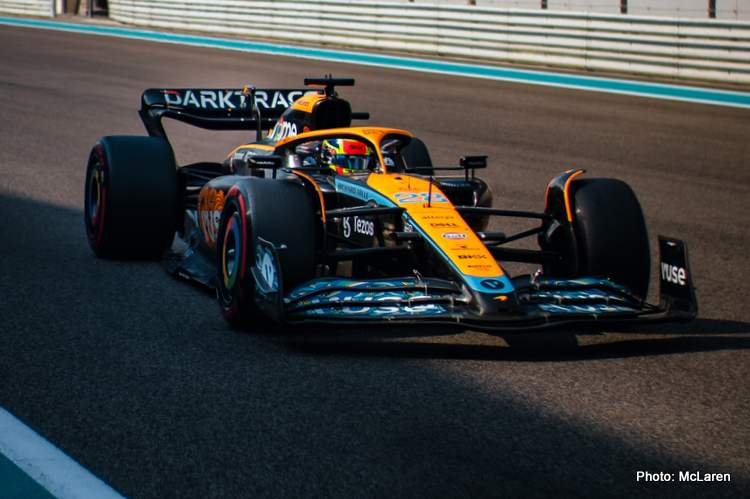 Zak Brown, McLaren CEO, admits his latest recruit at the Formula 1 team, Oscar Piastri will be rusty having not raced for a year, something they need to sort out.

Oscar Piastri won the 2021 Formula 2 Title, but remained on the sidelines in 2022 as he could not secure an F1 drive straight out of the junior category, and despite being a part of Alpine’s junior driver academy at the time, the French team couldn’t assure the young Australian driver a full-time F1 seat, prompting him to jump ship to McLaren who were more than happy to give the young gun his debut in top flight.

McLaren and Alpine entered into a legal fight to secure Piastri’s services, and Zak Brown was impressed with how the young driver handled the pressure and that period.

Brown said: “He is very mature for his age. I was very impressed with how he handled the summer drama, if you like. He’s obviously an immense talent.

Race rustiness will be sorted in short order

“He’s not been racing for a year, so we need to get any of that race rustiness off him,” Brown acknowledged, “which I’m sure we will do in short order.

“Very focused individual, very technical, and looking forward to seeing him and Lando on the grid next year,” the American added.

Piastri replaced compatriot Daniel Ricciardo at McLaren, the latter failing to deliver the results the team hoped he would when they signed him back in 2020 to replace the Ferrari-bound Carlos Sainz.

Looking back on his experience with Ricciardo, Brown said: “I mean, Daniel has been great to work with. He’s a great character. He’s great for Formula 1. He gave us our first win in almost a decade.

“It’s obviously unfortunate that it hasn’t worked out to continue longer. Hopefully, we’ll see him in a Formula 1 car because I think he’s great for the sport. And so, we’re going to wish him the best,” the American maintained.