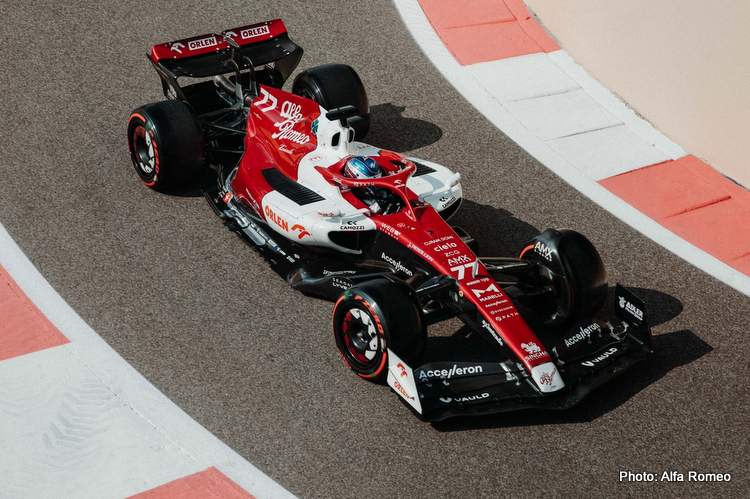 Alfa Romeo became the latest team to announce the launch date for their 2023 Formula 1 car with Haas being the only team yet to announce when they will launch their new car.

The 2023 Alfa Romeo F1 car, which will be called the C43, will be the third car to be revealed during the launch season, as it will be unveiled on February 7, 2023 on day after Williams launch their season on February 6 while Red Bull are still the first to do so on February 3.

The team will field an unchanged driver lineup with Valtteri Bottas and Zhou Guanyu leading the charge for the Swiss outfit for a second season, as the latter shakes off the rookie label in 2023 after a quietly impressive debut season in top flight in 2022.

However, the team will contest the 2023 F1 campaign under a new leadership, in the form of new Chief Executive Officer Andreas Seidl coming from McLaren to replace the Ferrari-bound Frederic Vasseur.

The date you’ve been looking for. 👀
Join us LIVE 07.02 to meet your new favourite #F1 car#C43 #GetCloser pic.twitter.com/IwudbUJL38

With Audi buying into the team as they plan their F1 debut in 2026, Seidl will be leading the team into the new Audi era, as considerable change is expected to be on the horizon for the team, as Alfa Romeo have already announced their departure from F1 at the end of the 2023 season.

Alfa Romeo finished the 2022 F1 season sixth in the 2022 Constructors’ Standings, a three-place improvement over 2021 when they finished ninth, and were one of the few, if the not the only team to have produced a car under the weight limit of the regulations while other teams including Red Bull struggled with that.

Only one to go! 👀#F1 pic.twitter.com/ijJKWcz82C