Can Vasseur sort out Ferrari strategy and pitstop woes? 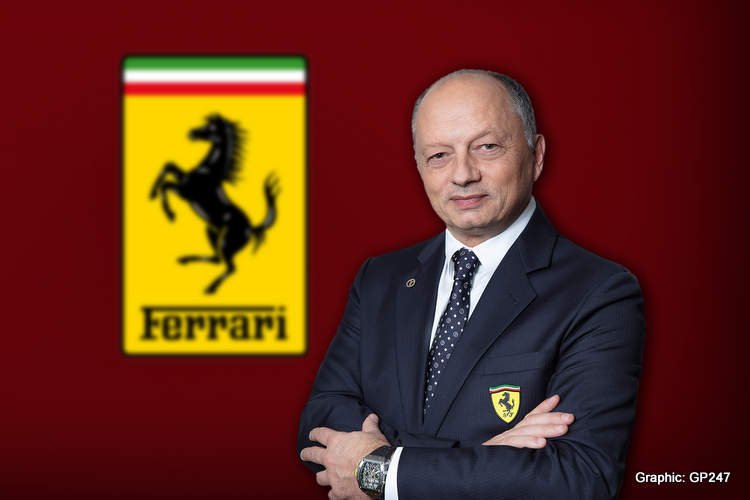 Strategy! That word sums up why, in the end, Mattia Binotto departed Ferrari; or better put lack of comprehensible strategy during the 2022 Formula 1 season cost him his job, now his successor Frederic Vasseur has to get it right.

While it is hard to imagine that Ferrari would have beaten the Max Verstappen and Red Bull combo, F1 fans were united in voting that the Reds were the biggest disappointment of the 2022 season, more precisely the way they capitulated to their rivals in Blue was disappointing to say the least.

Races were lost by strange pitwall calls, bad strategy and at times laughable pitstops – remember the mechanic who forgot Carlos Sainz’s wheel during the Ducth Grand Prix?! It was largely embarrassing as going into each race it was not a question of if Ferrari would mess up, but rather how they would.

Thus Vasseur has to sort out the whole pit process mess that allows for such gaffes, while re-establishing Ferrari pitstop crews as benchmarks, which they once were, also has to be high on the Frenchman’s agenda ASAP.

Speaking to Racecar Engineering, Vasseur gave insight into his philosophy about getting the maths right on Sunday afternoons: “Strategy is a critical part of Formula 1. However, it is made complex by specific allocations such as tyres, the timing of sessions throughout the race weekend, and developing and bringing new parts to the circuits where they’re going to be most performant.

“The closer you are to peak performance, the more dramatic the effect of any single mistake in the operations or strategy. You must be sure you’re doing the right thing at the right time to exploit the opportunities you have to collect data and make progress.

“Strategy during the race is entirely different. It hinges on what’s about to happen next and how to make the most of that. Teams are constantly looking at the next lap and simultaneously checking what their rivals are doing to see if they must manipulate what they’re going to do next because of what the rivals are doing.

“It also knows whether there are points in some races where your competitors might make mistakes. Typically, this will be around when tyre degradation is high, or some drivers are fighting for position. In moments like this, it can change your entire race.

“If there is a safety car, for example, you can make giant jumps in the field or make good progress on a new set of tyres when others are not putting in the best lap times,” explained Vasseur. 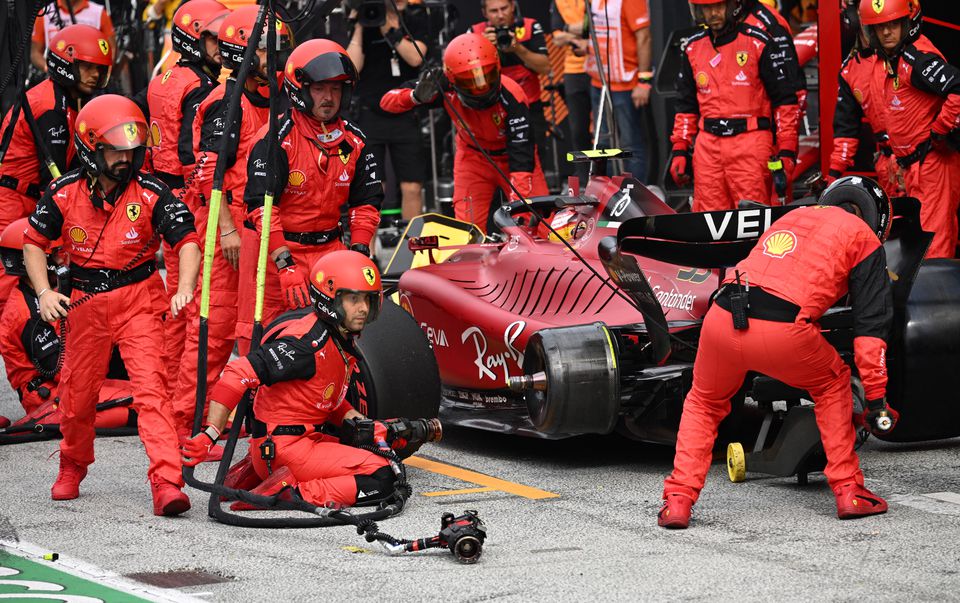 The new Ferrari team boss also touched on the use of artificial intelligence to bolster the team’s efficiency believing the ‘science’ maybe a few years away for F1, “The database for the use of artificial intelligence for doing the complete strategy of the race has yet to arrive, but teams are well on the way to being able to do something like this soon.

“You could imagine that the software could eventually have the information to take into consideration the track, conditions, the number of pit stops, the relative position between drivers and when there is a chance for an incident to give you the probability of a safety-car on the upcoming lap, or something like this.

“But it will take a very long time to collect this kind of information at the size teams need to make the right calls from the output. In my previous life, I worked on a project that studied road accidents for trucks.

“The database for this was mega, with millions of trucks worldwide. These databases considered the hours the trucks had been running on that shift, whether it was AM or PM, summer or winter, and many more factors. It also considered the number of high braking events over the previous two hours and whether there were any incidents of over speed on some sections of the road.

“In the end, the software could consider all these elements and identify the risk of an accident. This took many millions of data points in a very consistent framework. In Formula 1, teams already take in billions of data points annually, but teams want to keep this private because it is a competitive advantage.

“Additionally, you cannot manoeuvre straightforwardly using data because the margins are tiny. Teams would have to consider a sub-one percent margin of error, and the variables are still considerable. Due to the specificity of our business, I think Formula 1 will use this later,” predicted Vasseur.

At the end of the day, strategy is almost wholly dependent on the efficiency of the pit stop crew; these days Ferrari can be the best but, in the same race, they can also be the worst. Consistency has been absent. These days when racing for wins, strategy gaffes by teams do not go unnoticed, particularly when it is Ferrari fighting at the front. 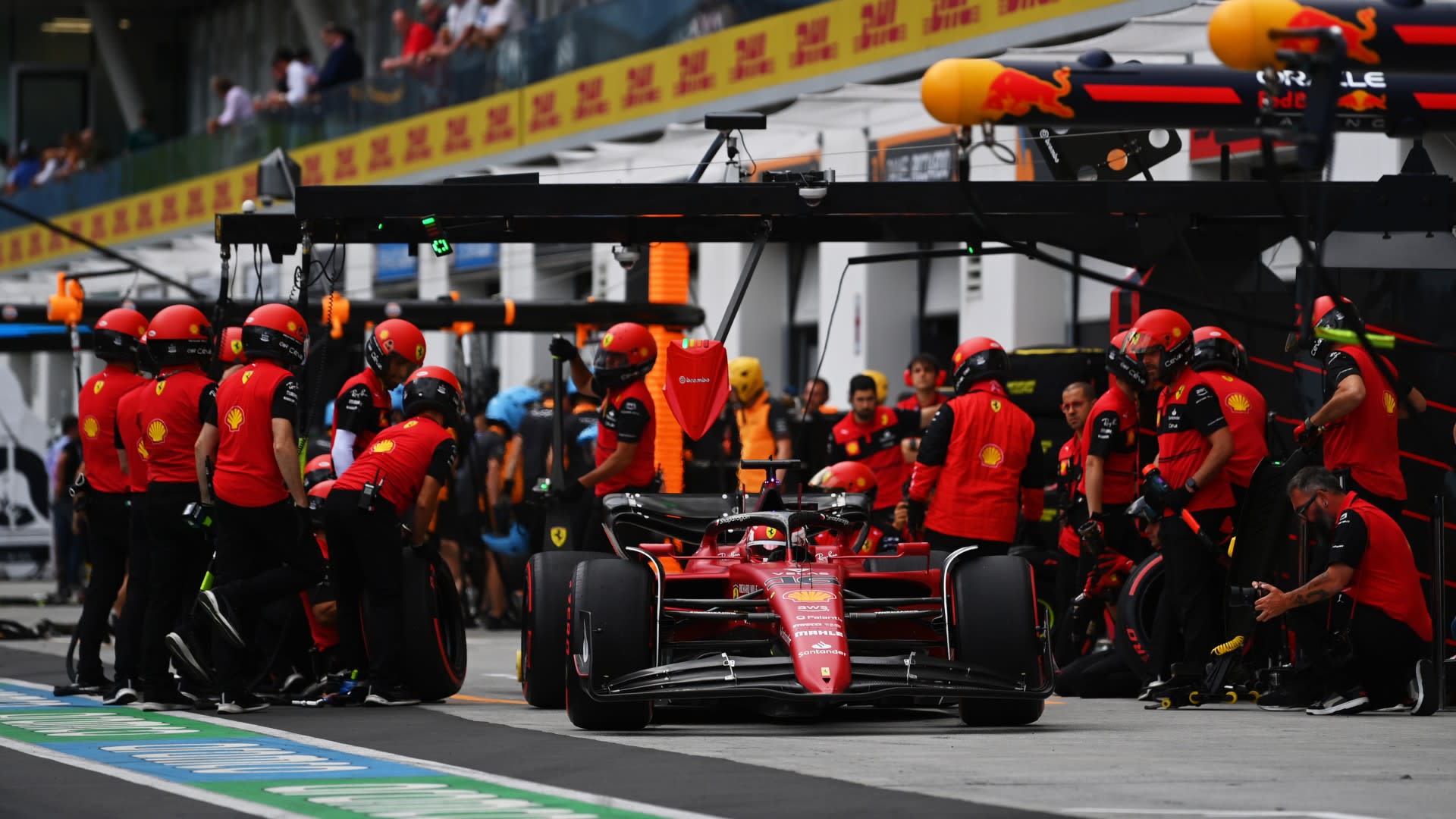 Former Renault F1 engineer Chris Papadopoulos revealed in an interview last year, exactly what it takes to reach near perfection in a pit stop: “We used to run 50 to 100 practice pit stops every day at the track, minimum 20 on a race morning, to make sure that everything was good.

“Thursday, Friday, Saturday you’d run more depending on how you could. Whether the car was ready, whether the weather was inclement or not. You’d do a lot of pit stop practice.

“We were trying to get down to a two-second pitstop,” recalled Papadopoulos.

While Ferrari need to get their act together this season, title favourites and biggest challengers Red Bull, are as slick as it gets in the pitlane. They hold the current F1 world record for the fastest pit stop in history, with a 1.82-second stop during the 2019 Brazilian Grand Prix; last year they were almost faultless in helping Max Verstappen to his second F1 world title.

Ferrari on the other hand did Carlos Sainz and Charles Leclerc no favours with their shenanigans on race days, which is why one of Monsieur Vasseur’s most important tasks, as he sinks into the team principal chair at Maranello, is to get that pit crew in shape and find the right people to do the maths, namely raise their game where it seriously matters.

Resolving that element of the team’s performance will go a long way to sorting out the strategy woes that plague Ferrari these days, time will tell if Fred gets it right and they end that 15-year drought of F1 title wins during his reign.