Norris: I’m very happy no need to think about contracts 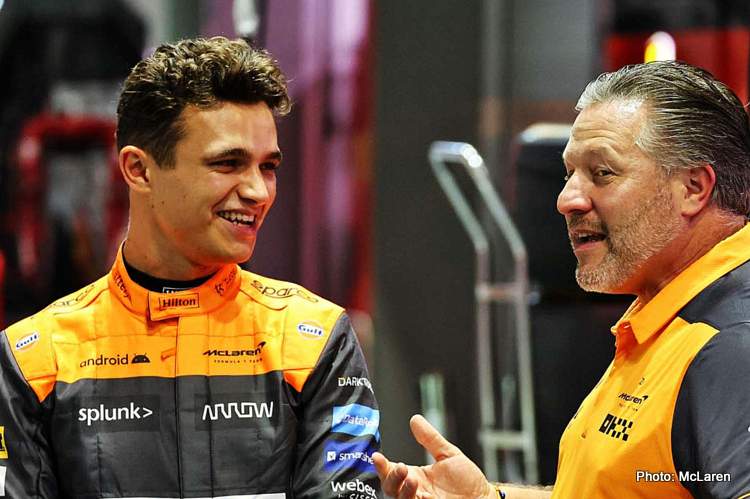 Lando Norris considers himself lucky and satisfied that he inked a long-term contract with McLaren last year, but admits he will be tapping up other teams when he is up for a new Formula 1 deal.

In February 2022, Norris inked a deal said to be worth $20-million per year that will see him with McLaren until at least the end of 2025, which means contract matters are not on his radar.

He also explained why he is happy to stay with the legnedary team until he is 26 years old:  “I knew that if there wasn’t anything out there which was tempting enough to go and do, especially for me and where I am in my career at the minute with my age, McLaren was by far the best option for me to go and do.

“I’m sure in a few years, it will come up again when I’m coming to the end of my contract but for now, I’m very happy and I don’t need to think about those things. I only think of them when the time comes.”

Norris and Red Bull ‘chatted’ last year according to team boss Christian Horner but it all came to naught according to Lando: “The talks which I said I had with Red Bull are a general thing. Every driver is trying to talk to every team. Not always, though.

Lando: Everyone has those talks 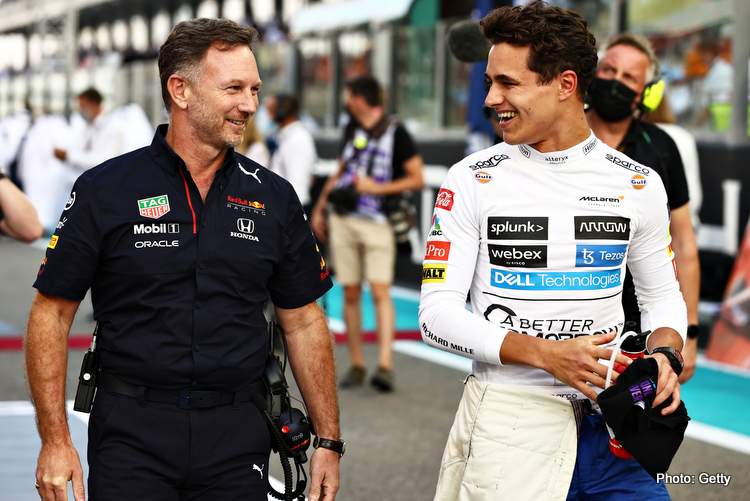 “That’s why I signed such a long contract,” explained Norris. “So I don’t need to care about any of this for a while but whenever you’re coming to the end of a contract, you always want to have talks with as many people as you can to weigh up your options and know what might be a better path for you.

“So, it wasn’t solely with Red Bull. It was different talks with different people. ‘What could happen now? What could maybe happen in the future?’ Everyone has those talks.

“Everyone towards the end of every contract does that. It’s a fact but I signed a long contract because I didn’t want to think of those things,” declared the 23-year-old, who will contest his fifth season in F1 this year.

In 2022, Norris thoroughly outperformed Daniel Ricciardo, and as a result, the Australian was deemed unworthy and was replaced by another Aussie in the form of highly-rated rookie Oscar Piastri, making Lando – despite his age – the McLaren team leader.

At the time of announcing his long-term deal to stay at Woking, Norris said: “This new deal is for the solidarity of the team. I see it as a benefit for me and for the team, too. It was another opportunity for me to confirm my commitment with the team and for them to confirm it with me. I believe it is a big motivating factor for them.”