Wolff: We have full year to discuss Hamilton’s contract 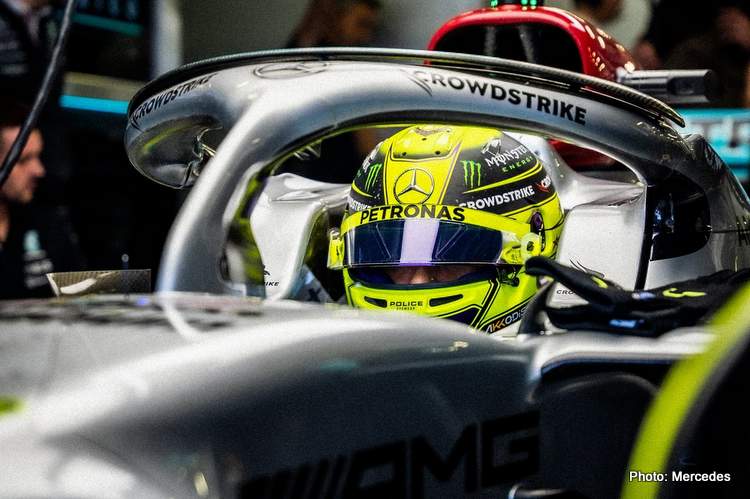 Mercedes boss Toto Wolff said there was still time to finalize Lewis Hamilton’s new contract with the team beyond the 2023 Formula 1 season.

Lewis Hamilton’s current contract with Mercedes runs out at the end of the 2023 F1 season, and Toto Wolff earlier said that it would be on his to-do list over the winter break.

However, since Wolff’s latest statement on the matter, there hasn’t been any progress on the contract talks, and the Mercedes boss was quizzed about it by the media on Friday during a session following the announcement of James Vowles’ departure to Williams.

“As for contract discussions, we have a full year to go,” Wolff said quoted by Sky Sports F1. “We are so aligned – in the last 10 years our relationship has grown.

“It’s just a matter of him physically being back in Europe, sticking our heads together, wrestling a bit, and then leaving the room with white smoke after a few hours,” the Austrian added, as Hamilton remains on break, recently travelling to Antarctica.

How will Hamilton react to no politics FIA rule?

Another topic that may form an issue for Hamilton in 2023, is the new rule set by the FIA preventing drivers from expressing political view during race weekends without prior approval from F1’s governing body, a rule that will mostly affect the seven-time Champion who, in the absence of the retired Sebastian Vettel, is the most driver that speaks out about various non-racing matters.

Asked if he raised the matter with Hamilton, Wolff said: “We haven’t talked about the political situation because he’s in his off-season and I think it’s important to shield yourself from F1.

“This is what I’m very much doing, helping to shield. Once he’s back, these things will certainly be discussed with a positive mindset,” he revealed.

Wolff tried to dismiss any potential problems with Hamilton due to the new FIA rule, saying: “I think we need to see how this really pans out. We understand that sports are here to not make politics, but on the contrary, unite.

“I have no doubt that Mohammed and the FIA mean well to achieve the right things, it’s just about aligning that with drivers that have been more outspoken in the past.

“Every time, I know when Mohammed has spoken to Lewis and the other way around, it has ended up in a positive conversation,” the Austrian maintained.

Hamilton went to war with the FIA during the 2022 F1 season, when the latter enforced an existing rule that prevented driver from wearing jewelry when in the car.

Hamilton fought the decision, but ended up abiding by the rule after talks with FIA President Mohammed Ben Sulayem.